AirDrop is an Apple’s built-in feature that wirelessly shares content between Apple’s Mac and iOS devices. But if you have a Windows system around that you want to share files with, you will need to find another way around. So the question is, are there any AirDrop alternatives out there that can do what AirDrop does on Windows?

Here are 2 excellent choices for you.

Filedrop is one that lets you use a local network connection, including WiFi, to transfer data between Windows, Mac computers, and Android and iOS devices. You install apps on all devices in your same local network first and then easily share files between any of these devices. All devices that have the app installed will magically show up in the main Filedrop window waiting to receive the file. 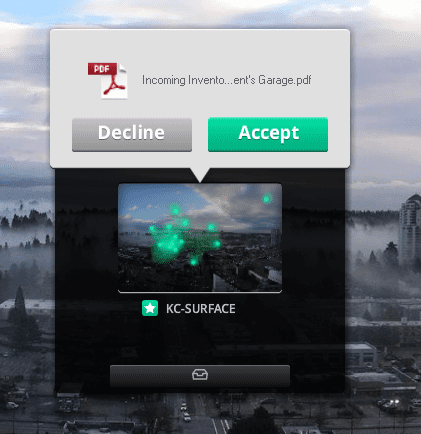 I only have 2 complaints, lack of an app for Windows Phone, and $2.99 price tag on iOS app. Other than that, it’s a cool app with a very sleek interface that I am happy to use between all my Windows computers.

Built by the computer maker Lenovo, SHAREit is another option that sends files in seconds, from 1MB to 100GB, between computers in the same local network. Works pretty much the same as Filedrop, you download and install the app on all devices that you want to share files in between on the same network, including WiFi.

To start sending files, you can easily drag the files or folders and drop them into the program window. And go to Next. The program will automatically scan the local network to find any computers that have SHAREit installed. 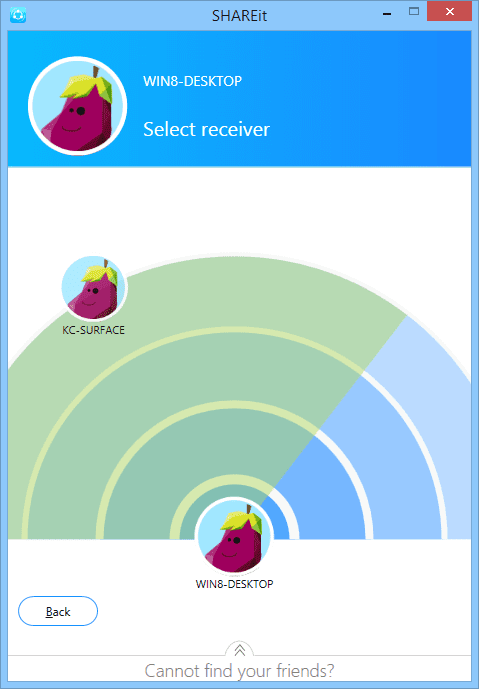 Click the one you want to send files to, and wait for the other end to receive them. On the other end, people can just click Yes to start receiving the file. If the computers are trusted, you don’t even need this manual proving process, all sending/receiving will just happen all automatically. 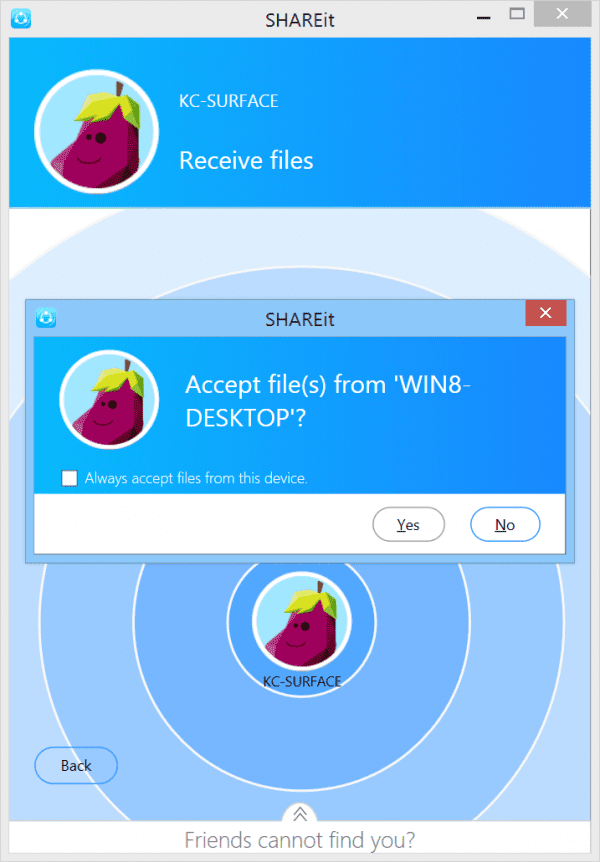 Except for Mac, SHAREit has all platforms pretty much covered, including Android, iOS, Windows desktop, and Windows Phone. And it’s completely free.

The thing is, the cloud services such as Dropbox, OneDrive, and Google Drive still works extremely well when sharing files between computers and mobile devices. So when you are a daily cloud user already, do you still need these 2 alternatives mentioned above for your daily sharing needs? It’s probably still a good idea having one of those ready, for 2 reasons, 1) to send/receive large amount files that you don’t want to end up in cloud that takes unnecessary bandwidth and space, and 2) to share files not between computers but between different people, like in a team environment.