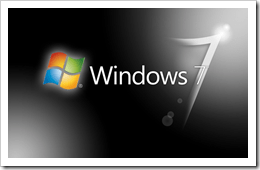 Windows Vista 64-bit edition is probably the first stable version of 64-bit Windows operation system, despite the fact that XP does have 64-bit version but that wasn’t a very stable one that people can rely on. However, because Vista itself has many own compatibility issues the 64-bit version didn’t really go off the ground.

This has changed in Windows 7. People are eager to give its 64-bit a try if their hardware supports it. And we also highly recommend that you should go that route if your hardware is equipped by the latest technology. Not only does it give you a better performance gain but it also gives your much big room to grow on your computer.

If you are still a bit of confusing what this 64-bit version really is about, here are a few things that may help you a little bit to clear it up.

In short, the 64-bit version of Windows handles much larger amounts of RAM, and more effectively than a 32-bit system. You might ask how much larger in 64-bit comparing to 32-bit. Here is an illustrative example that speaks itself quite well.

A 8-bit system is like the size of a business card;

A 16-bit system is like the size of a table;

A 32-bit system grows to like a whole world;

But when it comes to 64-bit, it explodes the size to like an universal.

How big exactly in a 64-bit system? 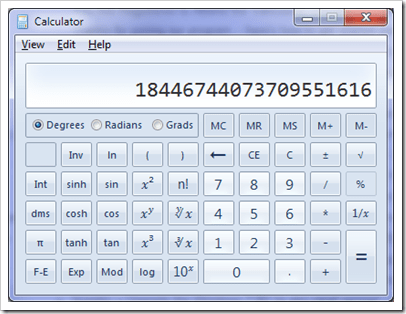 However, even though 64-bit provides that much large space, Windows 7 only supports up to 192GB access on physical memory.

2. No waste of installed RAM on a 64-bit system

If you haven’t noticed, Windows 7 32-bit is capable of only using 3G of RAM. By contrast, Windows 64-bit can not only make use of much larger RAM space, but is capable of using the memory remapping feature of a modern BIOS, which allows the Operating system to really use the complete 4GB.

Therefore, if you install Windows 7 64-bit on a 4GB computer you will not waste 1GB of RAM any more like you would with Windows 7 32-bit.

3. Performance fact on a 64-bit system

If you are hoping that your 32-bit of applications will run faster on a 64-bit system, you might be disappointed. The truth of fact is that

Only applications that are optimized for 64-bit will run faster than their 32-bit counterparts. Hence, if you have software whose vendor explicitly endorses 64-bit, then you might notice improved speed with Windows 7 64-bit.

This was a big concern to both XP 64-bit and Vista 64-bit but is getting a lot better on Windows 7. Both software and hardware vendors understands now the future belongs to 64-bit, and have made a huge effort on getting more and more software and hardware compatible with the latest architecture.

Microsoft, as the platform supplier, also has made huge improvement on Windows, 7 in particular. They also built an online Windows 7 Compatibility Center for people to check and find out whether the program or device is compatible with the 64-bit version of Windows 7. As hardware and software vendors continue to update this information, so check back often.

There are two tools that you can use to determine if your processor is 64-bit ready. However, you will need to have a windows installed first in order to run these tools. Otherwise, head over to BIOS to see if you can find any information indicating what type of your processor is running on your computer.

And here is how to tell if your installed Windows 7 is running on 64-bit or 32-bit, if you already have a windows 7 installed.

Too bad, there is no direct upgrade path that you can do so. You will need to back up your files and choose the Custom option during Windows 7 installation.