Windows 7 taskbar is cool. You can pin almost all applications to it, even including the control panel and task manager. However, there are quite a few things you can’t pin, such as shortcuts, files, batch files, etc. It also lacks of Stacking feature, compare to OSX. That’s why 7stacks was invented.

It’s a free tool developed by Alastria Software, in a hope of solving his own frustrations with Windows 7, the lack of Stacks. It only does one thing, stacking your icons to the taskbar, and does it quite nicely.

Here is how I made a stack of my often use application onto my taskbar using 7stacks, after I downloaded and installed it on my Windows 7 machine.

First, I created a folder named Office Apps on my desktop.

And then, I copied some of the frequent used applications to that folder. I even created a couple of subfolders, each of which contains some of the apps and files. 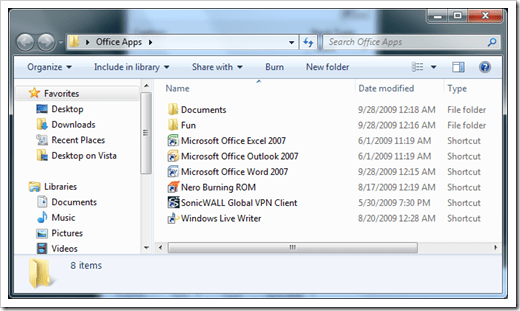 Then, I launched 7stacks, picked up the folder I created earlier from the application window, and named it as the same Office Apps. After I clicked Create Shortcut on Desktop, I saw a new icon popping up on my desktop. 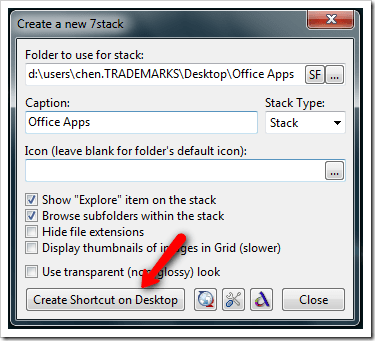 I then right-clicked the new created icon and pinned it to my taskbar. 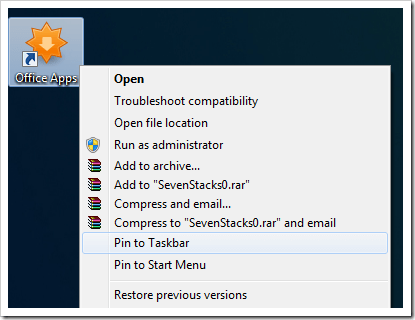 That’s it, now I have one icon on my taskbar that stacks a pile of other icons right in it. When I want to launch one of them, I can simply launch it right through it. 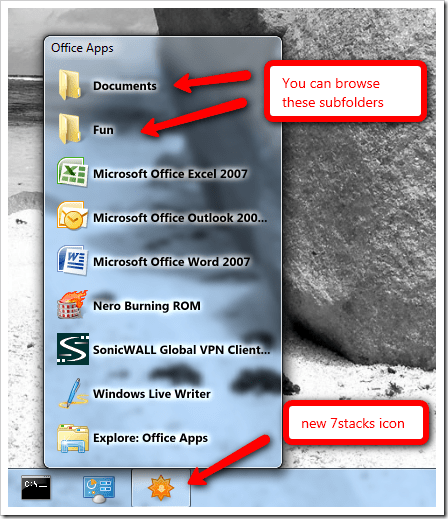