Home News 8 Things You Must Know About Windows Phone 8

After a long period of battling, I’ve eventually decided to give Windows Phone 8 a try, and ordered a Nokia Lumia 920 phone over the past holiday. Having been playing with it for a couple of weeks now, I thought it would be a good idea for me to share some of the basic things I’ve learned, things that I wish I could have known before hand. 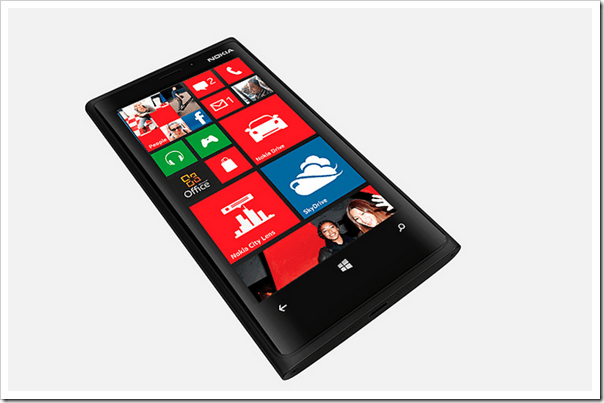 The only way to remove or delete a Hotmail account or Microsoft Account that you have previously set up with your Windows Phone is to reset the phone and start from the beginning. Windows Phone 8 supports many social media networks, facebook, twitter, LinkedIn etc. All those accounts, even including Gmail can be added and removed, or changed on the phone, but you just can’t do the same to your very own Microsoft account you put in during the initial setup.

There is actually no way to disable or remove Hotmail from Windows Phone 8. The only workaround is to remove the email icon (app) from the home screen.

2. No Way to Disable Live Tiles

Yes, it’s true. If you don’t like some of the apps that constantly cycle through new flips of images. There is actually no way to disable some of the default app’s live tiles. Unlike you can manually disable Live Tiles in Windows 8, in Windows Phone 8, those default apps that uses Live tiles are hard coded, meant to be always on “by design”.

I’ve used iOS, android, none of which require reboot when I try to add a new input method. I can understand that it requires to reboot if you switch the system language or add additional ones. But input method ?! To me it just add another layer of extra complicity that’s not necessary for end user. What if you just want to type something in another language real quick, and all the sudden, you realize you can’t. Because it needs to download additional content and install additional content requires reboot the entire phone.

4. Unable to Change the Background Color Individually for Different apps

There is no way to change one app’s background color without messing around the entire OS’s background, you’re stuck with either black or white backgrounds. That might be by design, but it’s actually not consistent across different applications. Take Office as an example, it’s bright white background by default, and you can’t change it to black. Some of other default apps are in black background by default. It actually makes the entire experience inconsistent and unfriendly between different apps.

5. No Voice Assistant Support for English (US or UK) and French

This is quite shocking. Microsoft is able to add English voice assistant for English (India) BUT not US or UK?!

6. Double Tap The Back Button Will Close Your Current App

That’s not very intuitive. I only found that out when I start searching for how to close apps on my Windows Phone 8.

7.  Only Three level of Brightness Adjustments

No kidding. I really don’t like the fact you can only have three level of adjustments for the screen brightness.

8. No Support for many major apps/titles compare to other platforms

I guess this is a no brainer. If you decided to choose Windows Phone as your primary phone, you are bound to give up some of other platforms’ richness in terms of app selection. If you are not a heavy app user or don’t rely on some apps, then I guess it wouldn’t be a problem. But if you are those people who can’t live without some apps, then it’s like a STOP sign basically telling people that Windows Phone is just not for you?