Looking for a free but powerful backup tool to back up your data, entire partition or disk? Here is one for you.

AOMEI Backupper is a free backup utility that backs up your entire system drive to ensure your data safety to not only data but the system that holds the data as well, with a straightforward and intuitive user interface that even your grandma can’t get lost. It’s a perfect solution for someone looking for a system-level of backup plan, whether for your home network or your small business environment. It works on Windows client operation system as well as server platforms like Server 2008 R2 and Server 2012 with both 32-bit and 64-bit editions supported.

The main window has four tabs on the side, with each tab representing a single function of the program. There is also a Home tab which only contains a single button for creating a new backup job. A bit redundant to me. 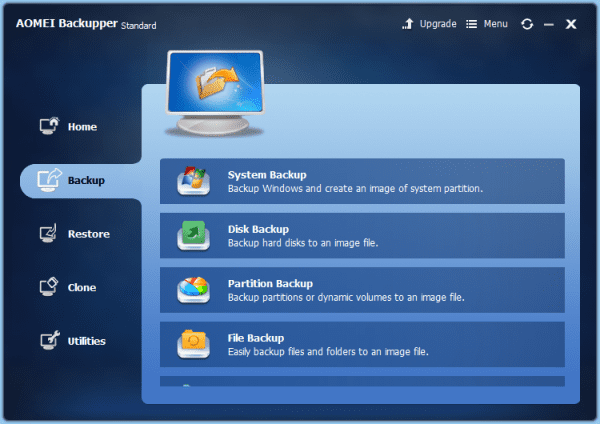 You can set up a backup schedule to let the backups run automatically at a certain time on a daily, weekly, or monthly basis or triggered by certain events like user logon, logoff, system startup or shutdown. You can tick the “Schedule off” option in each backup option to turn on the Schedule Backup. 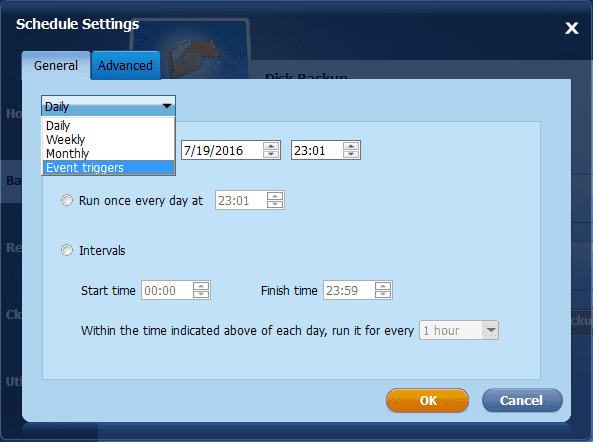 I have to point out a few add-on features Backupper integrated into its backup function. If you go into Backup Options in the Backup Setup screen, you can apply a few nice features onto the backup image, such as Compression, Encryption, Splitting, etc. If you are sensitive about your data including the backup image files, you will like this Encryption option. 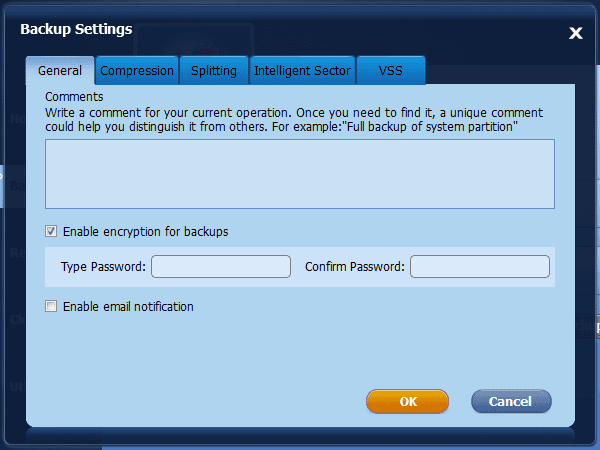 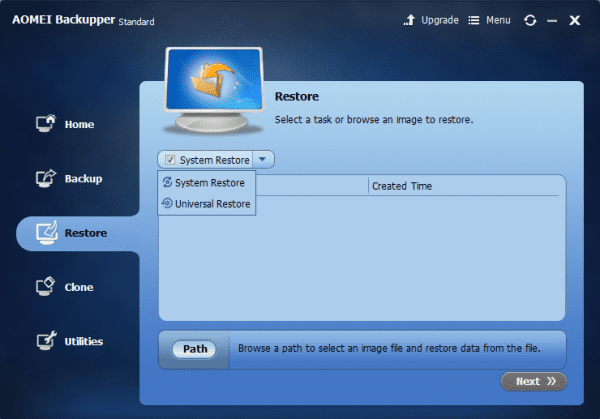 The Clone tab has three options to let you directly make a copy of a disk, partition, or entire system to a new drive or new partition without going through the backup process. It’s much efficient when all you want is to make a copy of all the disks. 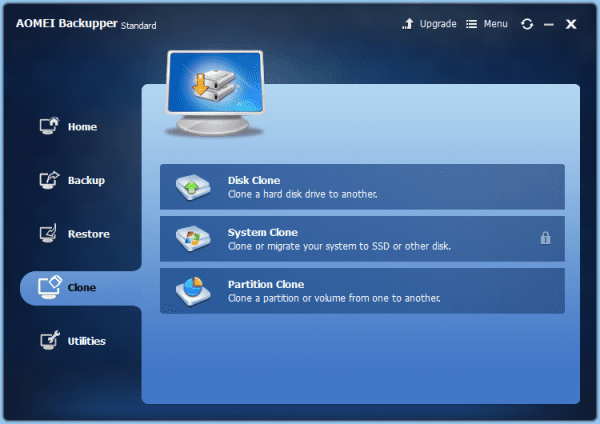 The Utilities tab includes a number of handy utilities that can be very useful. 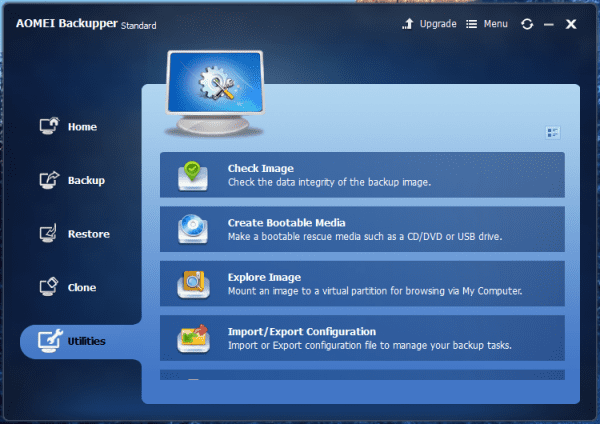 You can back up your computer to any device storage attached to your computer, internal, external, USB devices, or even the network attached devices (NAS) or network shared path, and restore from them.

Overall, AOMEI Backupper is a nice and powerful free backup tool designed for both home and SMB. I like its simplicity and easy to follow user interface, as well as the thorough backup methods that cover virtually all areas you can think of.