In Part I of the “How to Build a Successful Snow Leopard Hackintosh Dual Boot With Windows 7” series, we’ve covered the basics on how to choosing the right hardware for your Windows 7 PC. We ended with a conclusion the best way to start is building a desktop PC by choosing your very own custom components. We’ve covered how to choose parts from different brand motherboards, different Intel CPUs, different type of Memory (depending on your motherboards), Hard Drives, SSDs etc. If you’ve missed the first post and would like to learn how to and WHY you need to choose those brand components, it’s a good idea to check part I first. 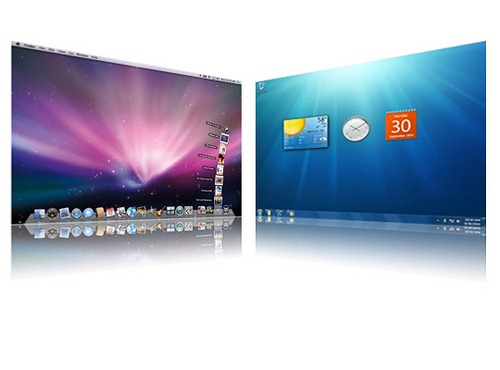 Thanks to tonymacx86 for providing those awesome tool such as iBoot, MultiBeast, BridgeHelper for free. Those tool really simplified the whole installation process and made your life easier as a Hackintosh wannabe.

It is a good idea to always install two OS on two different hard drive, that way you will encounter a lot less headaches after wards.

Because you have two different hard drive, you don’t need to worry about managing boot loader. To switch between the two OS the best way is to change the boot order in BIOS and yet that’s the simplest way.

It doesn’t matter which OS to install first, but since Windows 7 installation are so simple we will cover that in the later part of this tutorial.

Let’s get started with install Snow Leopard. For reference please check the always up to date guide over on tonymacx86

If you want to install both OS on the same hard drive, this will be a bit tricky. If you have Windows 7 already installed, you need to cleanup your hard drive and partition your hard drive give at least 30GB.

If you plan to install from scratch, it’s a good idea to install Snow Leopard first. Follow in Method 1, but in Step 5 make sure you select 2 partition and assign size to each. One partition will be format with Mac OS X Extended (Journaled) and the other partition format in MS DOS. Very important to do all this in GUID Partition Table. Process the rest steps in Method 1.

When Snow Leopard is done here is the steps to

Enjoy this concludes the end of Part II of How to Build a Successful Snow Leopard Hackintosh Dual Boot With Windows 7 series.

Next up in Part III we will talk about some fine tuning after you’ve installed both OS. Stay turned.