Windows has a wide range of language inputs supported out of the box and normally it’s not a big deal if you want to type or input your non-English characters in a document or a letter on your own computer, because everything is already set up. But in some cases, you are on a different computer that doesn’t have these special setup, and that’s where Google’s input tools are really handy to have and enabled in your own Google accounts. Well, assuming you are a big fan and using Gmail and Google Docs in a regular basis, like I do.

In Gmail, click the Gear icon, and go to Settings.

Under General tab, check on the option Enable Input Tools, then a dialog box pops up asking you to pick the languages you want to use. In this case, I picked Simplified Chinese. Once you click OK, you will have the option Enable input tools checked in General tab in your Gmail.

Now refresh your Gmail page, and you are all set. You will see icon that looks like a Pen shown up right next to the Gear icon. And that’s where you can use the new Hand Writing Input Tools to input the language characters you couldn’t use from your Windows input. 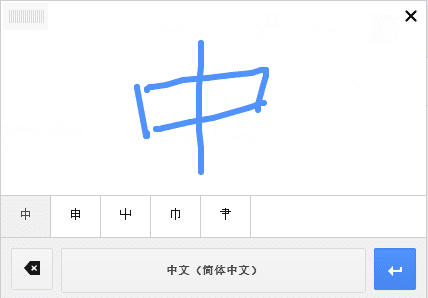 To set up the same in Google Docs

In an actual document you are working on, go to File → Language, and select the input language you want to use from a long list. In this case, I again selected Chines (Mainland) as my input tool. 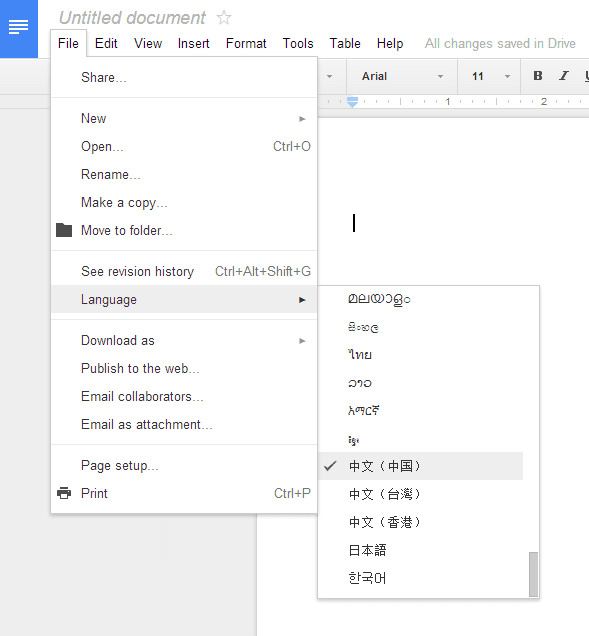 And once I selected, the same Pen icon will show up on the toolbar ready to be used. 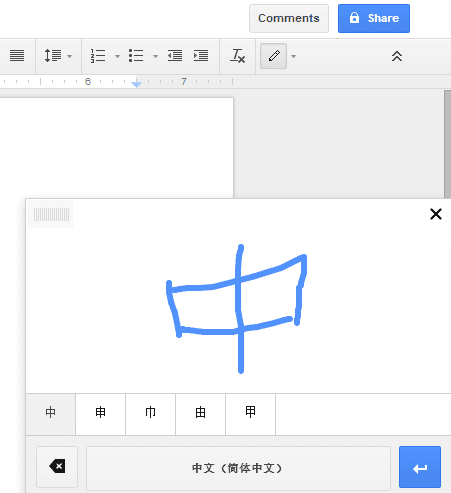 My first intention to try this one out is to use it on my Surface tablet because Windows 8.1 tablet doesn’t seem to have a Chinese hand writing tool built in out of the box. But unfortunately, that doesn’t really work out. It conflicts the way how the touch screen works. So basically, I am still still stuck with the on-screen keyboard.

But still, this hand writing input tools is very cool and useful for all regular Gmail and Google Docs users who often need to input non-English characters.

Pin Anything to Taskbar with Taskbar Pinner on Windows 7