The last 9 month has been intense for Mozilla, Firefox’s version has jumped from 4 to 10. It’s something they are trying to do similar to what Google has done for Chrome. A rapid release cycle. 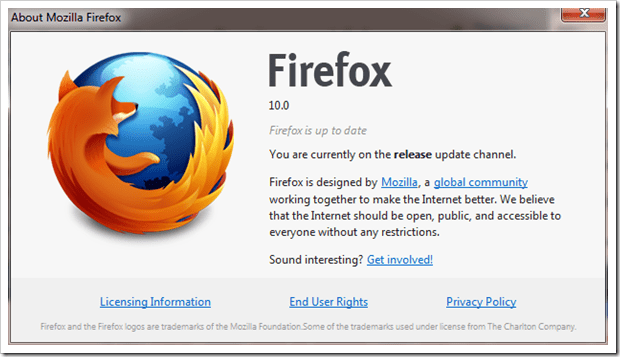 It’s good that Firefox has a similar feature to Chrome, it auto updates itself silently. If you don’t go download the new version, your old Firefox will auto updated in few days.

Firefox has losing ground to Chrome lately, hopefully such rapid development and release cycle can keep more user stay with Firefox rather than switching to other browsers. But in the end, all the new feature from each major browser are pretty ubiquitous there is really not much distinct difference between browsers and browsers in terms of basic features for regular user. 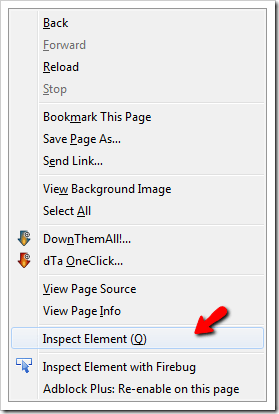 But For Web Developers, there are some exciting news with the new Firefox 10 release. Mozilla has a new build in Web Developer tools for Firefox, it looks more sleek and it’s also easier to use than Firebug. To get access to the new developer tool, just right click anywhere inside a web page, go to “Inspect Element” 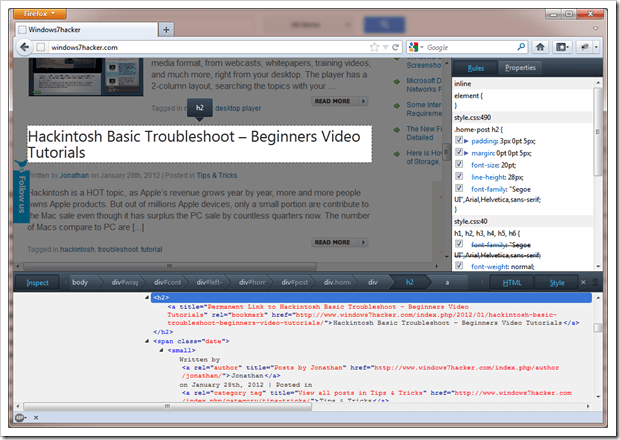 This basically eliminate the need for long time Firebug plugin, which many people complained to be one of the reason why Firefox has become slower compare to other browser.

For more info about what’s new in Firefox 10, checkout their change log.