Home How to Get Started Windows 10 & Windows Subsystem for Linux

Earlier this year at Microsoft’s Annual Build Conference, Microsoft announced the support of running Linux commands within Windows – Windows Subsystem for Linux, a mind-blowing announcement to those who have worked with Linux with the knowledge of understanding Microsoft’s history. It’s a new era, an era of seeing Microsoft embracing open source, and acknowledge the phenomenon of developers shifting away from Windows’ ecosystem to other platforms to do their work.

It has received a huge applause from the web development community. As a web dev myself, I too want to check it out. If you are running a Windows 10 with Insider Preview enabled, this is how you can run Windows Subsystem for Linux.

First, go to Start Menu > Turn Windows features on or off, scroll down to find and check “Windows Subsystem for Linux (Beta)”, and click OK. 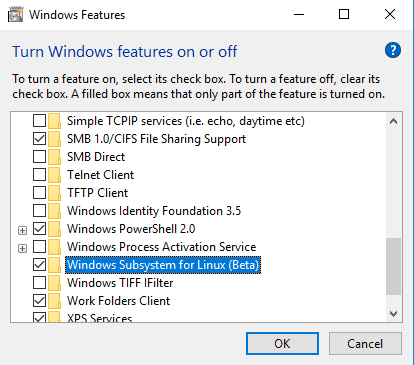 To enable this feature, you need to restart your PC.

It prompts that Windows needs to download and install Ubuntu on Windows. 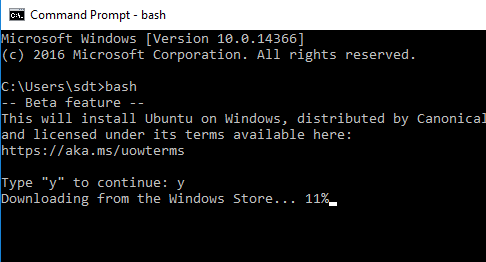 Once completed, you need to give a username of the user mode. Think of this as the Windows login, but it does not have to be the same.

Repeat your password twice to finish the installation. Now, you are in the Bash on Ubuntu on Windows environment. It is crazy! You can run many Linux commands under this environment, such as Ruby, Node, etc.. Since it’s a brand new environment, there are many issues and many popular tools that might still not work, including Docker for Linux, and many others. 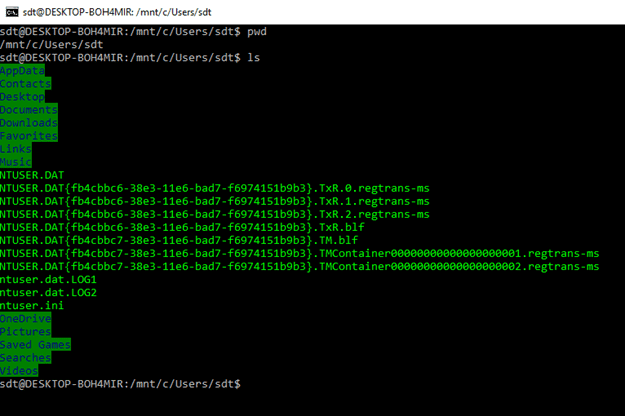 You can now also launch Bash by searching from the start menu. 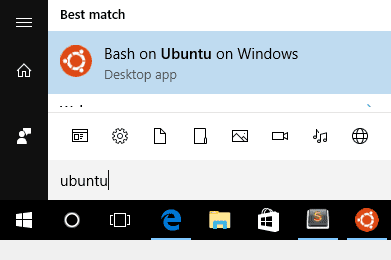 If you find this intriguing, you can find more sources below including this awesome Q&A on what it means now to have this Windows Subsystem for Linux in Windows 10 and how does it different from running a Linux virtual machine.