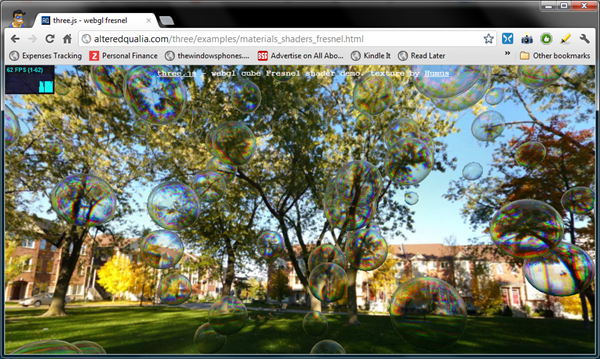 The stable version 18 of Google Chrome has officially released and brings a much improved graphic rendering performance. You should be getting the notification next time when you open Chrome or go to About page from Wrench icon at the top right corner of Chrome browser. If you have automatic update disabled, this latest version of update is worth your effort going to Chrome page to download and update.

Two big improvements you will immediately notice are Canavas2D and WebGL.

It finally enables GPU-accelerated Canavas2D on capable Windows and Mac computers, which makes web applications like games perform even better than a pure software implementation.

It also enables a software based WebGL engine powered by SwiftShader, a software rasterizer licensed from TransGaming, for users with older configurations. Even though it may not perform as well as one running real GPU, it at least allows more users to enjoy the 3D world on the web.

Canvas with accelerated 2D was previously disabled by default because it wasn’t supported by the current platform but is now enabled right after the upgrade. You can check the status from chrome://gpu in Chrome.

You can go to here to test out how your new Chrome performs in a real word on those 3-D rendering web. You may test it out before the upgrade as well to compare how much better with the latest Chrome.