Early this morning, Google announced a brand new services called Google Photos at its annual developer conference, Google IO. The highlight of this announcement is that all photos and HD (1080p) videos are now available for lifetime unlimited backup. Google’s new Photos services is available for all users cross-platform from Android to iOS native apps to Web apps for desktop PCs.

Google Photos is available now as of May 23rd 2015. Head over to https://photos.google.com/ to sign up and start using the new service. For Windows users, the web client is currently the only available interface. However, Google provides a desktop uploader tool for you to start backing up images and videos to it’s cloud service. 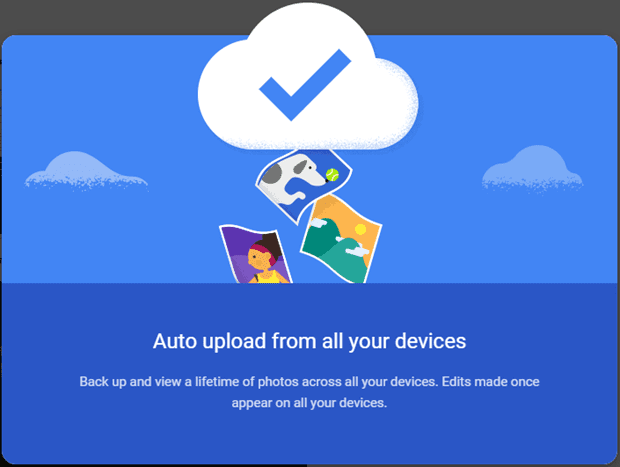 Other features from Google Photos includes some automated tasks that would help you to save time and attempt to organize them. 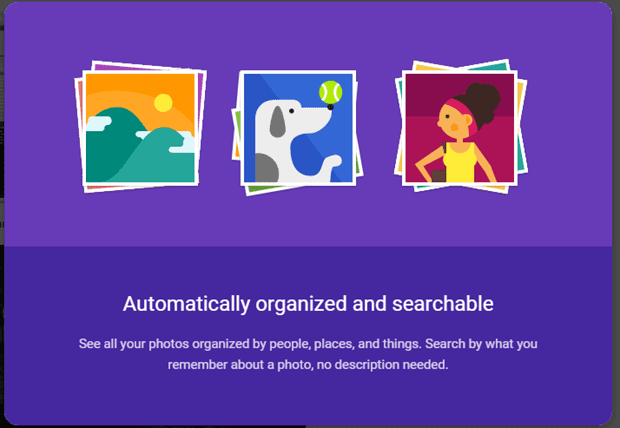 Not only can you view and back up your photos in the Google Photos, but also edit them, e.g. edit video, turn an hour-long GoPro video into a short clip full of highlights. 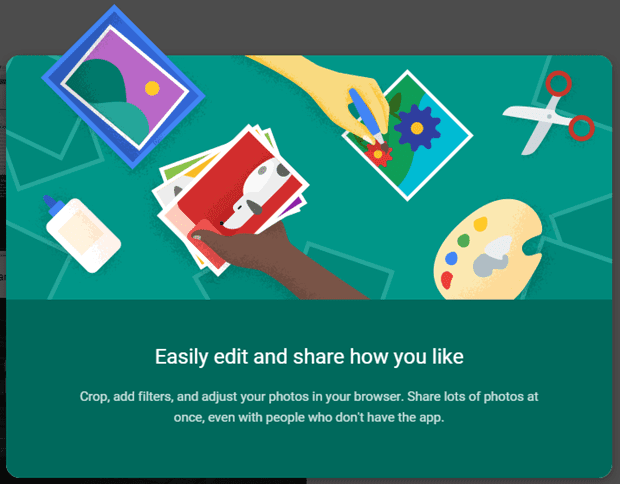 The desktop uploader for Google Photos is lightweight. It runs in the background to monitor any file changes of any selected folders that contains the photos, videos that you want to upload. 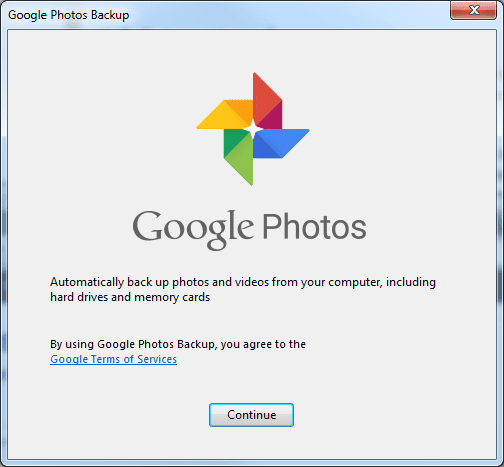 In my case, this is a perfect experiment to start moving all my photos from Dropbox to Google Photos. I’ve configured Google Photos Backup to monitor changes of this particular folder. 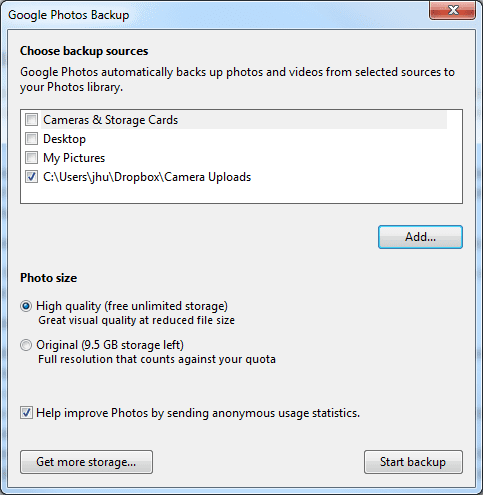 Once again, Google Photos is available for Android and iOS including iPhone and iPad as well as universal Web access. 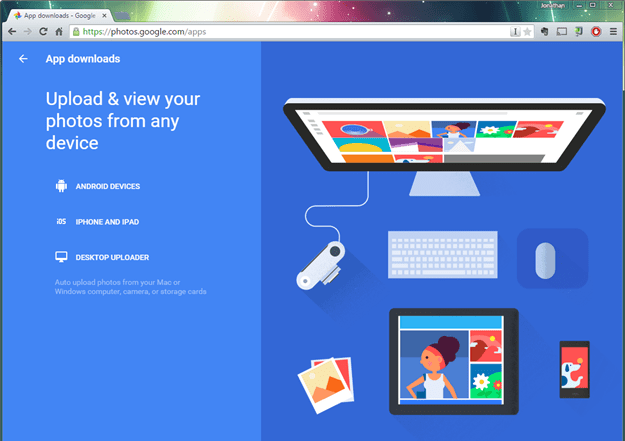 From only used Google Photos for less than a day, I’d say it has lived to its promises. Once you have started uploading photos, it has already started to auto detect photos for Collage, Animations, Style, Story and Album. For long clip of videos, Google Photos is smart enough to pick the highlights from the video and put it into a Movie. You can also try to start search photos by keywords, it’s amazing how Google Photos understand the context of the picture and turn it into a searchable and indexable personal photo database.

It’s worth noting that if you have a large collection of photos, videos to upload, make sure limit Google Uploader’s upload speed so it won’t slow down your other internet access tasks.