Windows 10 lacks a good home video editing tool. Yes, Microsoft still has Windows Live Movie Maker, but it doesn’t come out of box for Windows 10 and according to Microsoft Windows live Movie Maker are no longer supported. While you can still install and run Movie Maker in Windows 10, it just feels old and doesn’t match up with any of the new Windows 10 UI look and feel.

GoPro, famous because of their action camera and all the thrilling videos you see from YouTube. They also happen to have a video editing tool that are free to use for both PC and Mac. GoPro Studio, is the foundation of thousands cool GoPro videos. While it’s designed for editing GoPro footage, it doesn’t limit to only editing GoPro videos. That said, there are some features you will not be able to use if your footage isn’t recorded by a GoPro camera. But this should not prevent you to use the software as an alternative to Windows Live Moive Maker.

GoPro Studio’s UI is pretty simple and easy to use. It breaks down to 3 simple stages, “View & Trim”, “Edit”, and “Export”. For those of you don’t have a GoPro video footage, the first step “View & Trim” can be skipped. Because GoPro studio doesn’t allow you to trim any video that are shot without using their camera. But, this doesn’t prevent you to actually trim your footage, you can still trim down the video as you wish in the second step “Edit”. So step one for us is to import the video on the left by drag and drop your video source. 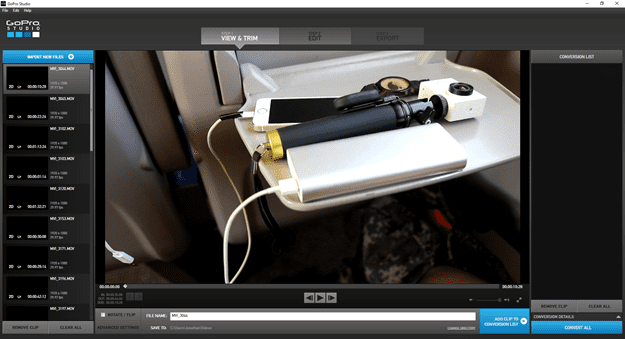 How To Trim None GoPro Video in GoPro Studio

How it works is instead of trim your footage in the firs step, you trim while you are editing. Just simply drag the video you want in the timeline, find the “Mark In” and “Mark Out” to limit what to be shown in the final output. To trim a video into multiple clips you need to drag the original video select a different part of the video and cut them by “Insert” into the timeline. 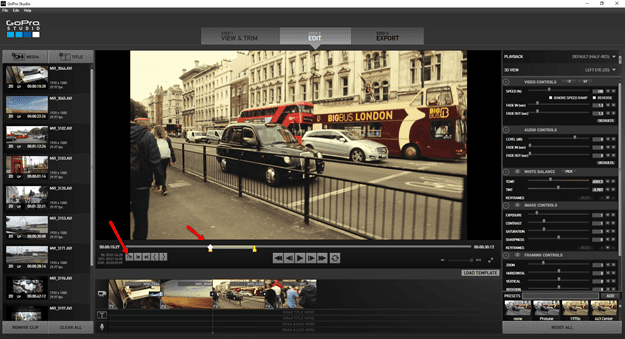 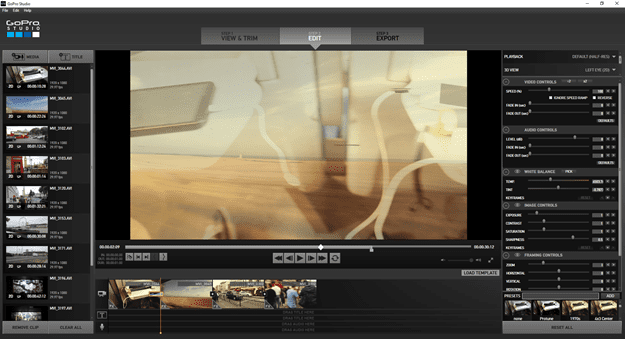 Of course, you can also adding Subject titles to either showing as a standalone clip or an overlay on top of the video. 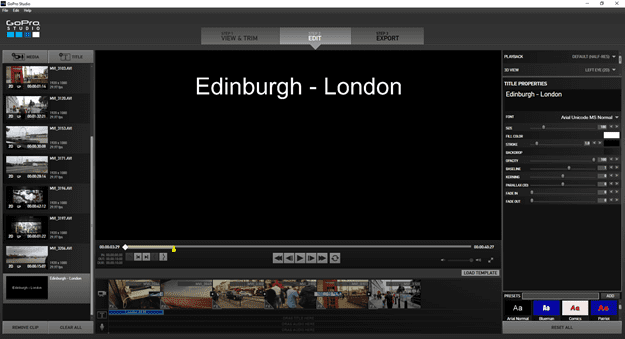 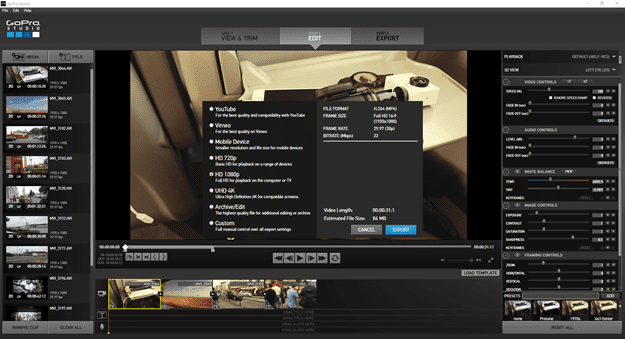 When you are done, you can export your finished video into different formats or online video content hosts such as YouTube or Vimeo. Overall, GoPro studio is a decent free video editing tool that are alternative to Windows Live Movie Maker. But compare to other free tools across the platform, such as iMovies, there are still long way to catch up !