HDD Guardian is another free hardware tool that monitors the health status of hard drives for both SSD and regular HD. It’s a front-end version of smartctl which is a tool that controls and monitors the storage system using the S.M.A.R.T technology that is built in the most of modern SATA, SCSI/SAS, and NVMe disks. Because of that, it’s able to provide advanced warning of disk degradation and failure.

HDD Guardian is not a portable tool, so it needs to be installed before using it. Once launched, the tool automatically detects all the hard drives installed on the system. You can even manually add the disks that are not recognized by HDD Guardian if needed. 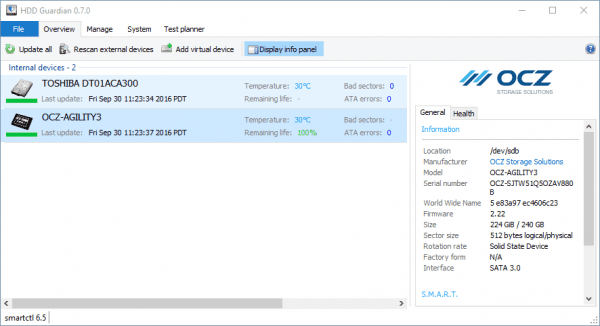 The General tab on the right pane displays the detail information about the selected disk, Manufacturer, Model, Serial number, Firmware, Size, Interface, S.M.A.R.T status, etc. What’s more useful is the information in the Health tab, including the temperature, remaining life, as well as any errors that may occur. The SSDLife Left info is particularly useful if you are running the system off an SSD drive. 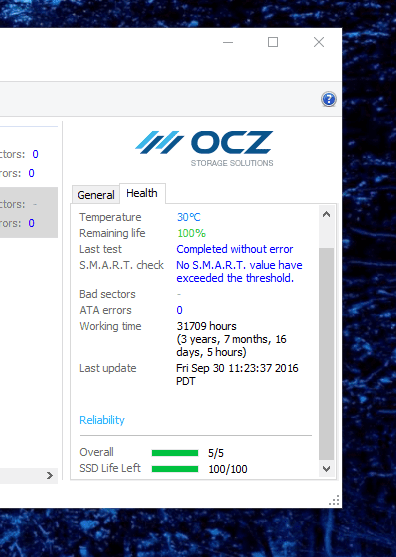 Double-clicking a drive takes you to the Manage tab which displays more detail information about the disk, a full list of S.M.A.R.T attributes, setup, Temperature, Errors log, Self-test results, etc. 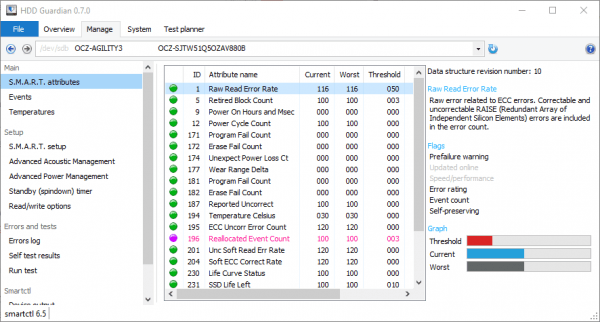 You can also use HDD Guardian to run tests on any of the drives installed on your system. There are four types of tests that you can run with each having an estimated test duration showing right next to it. 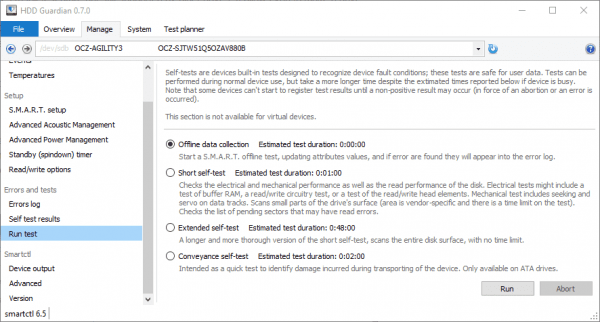 Providing notifications when detecting any errors on the hard drive is the most useful feature of HDD Guardian. You can go to Settings and Notifications and Actions section to change the way how you want to be notified, play a sound, send an email, or just power off the computer. You should also set the tool to run automatically on Windows Start with minimized so it can run quietly from the start without disturbing the user. 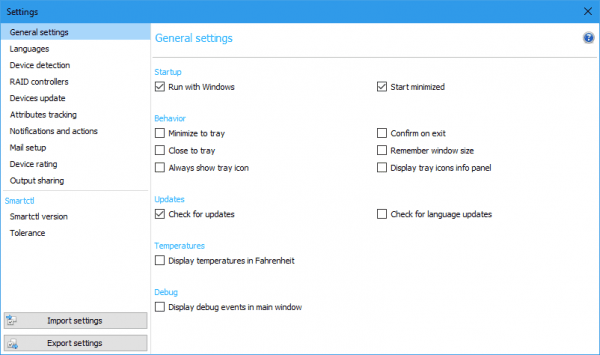 Among many HDD tools we covered, HDD Guardian stands quite out because of its proactive hard drive failure warnings, as well as the health information about the SSD. It’s a well-designed and robust hard drive monitoring tool that can prevent data loss from happening because of the sudden disk failure.

HDD Guardian is an open source Windows program that runs on Windows Vista and above versions with both 32-bit and 64-bit supported.