Let’s say you have spent some time and made a pretty nice desktop icon layout, something like below, that you really like seeing every day. And one day, it’s all got reset by accidentally enabling Auto Arrange or hitting a wrong keyboard combination. 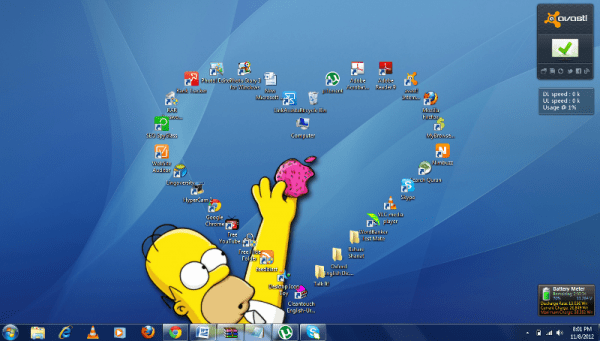 Here is a neat trick that lets you quickly revert what you did back to your original nicely made desktop icon layout. 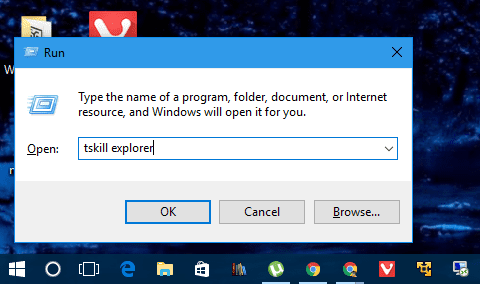 What it does is to terminate Explorer process and restarts it again. Once it’s back, you will see all the icons that were moved earlier have been reverted to their original places.

Behind the scene, desktop icon layout remains in the memory until logoff during which the new layout details will be recorded in the registry. Therefore, killing the current Explorer session and restarting it over brought back what’s saved in the registry.

Note #1: this only works if the change is made during the current session. You will not be able to revert if you log off your computer.

Note #2: the hidden Exit Explorer will not work in this case as it simulates the logoff process which saves the current desktop layout to the registry.

Note #3: if you are using Windows 10, you can also restart Explorer process in Task Manager, which basically does the same as the command line we used earlier. 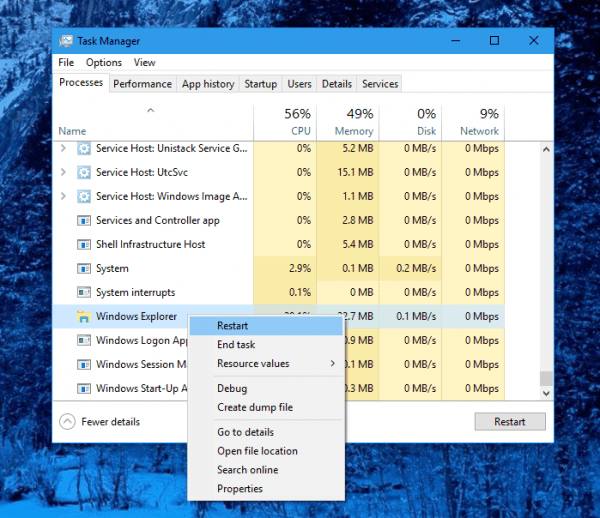