Windows Firewall is a built-in software component in Windows that provides firewalling and packet filtering functions. It’s a pretty advanced piece of software Microsoft has developed to protect Windows system. It also works in a way that is very transparent to end users, just sitting there doing its work. But as time goes on, the rules could pile up to a point where a default policy reset is necessary, and you are afraid of losing all the rules you manually set up.

That’s when a backup of the current firewall rules could be helpful so you can restore them later on when needed. And here is how you can do it. 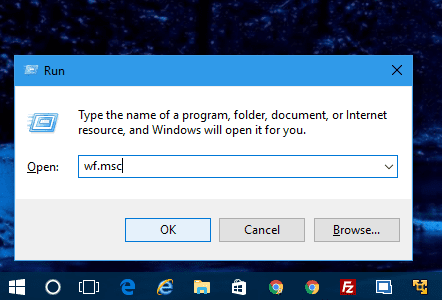 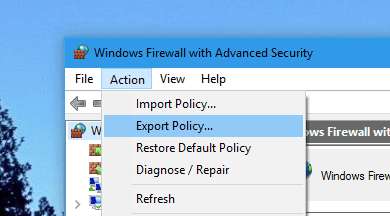 Specify the filename and folder where to save the file, you will get a confirmation shortly after. 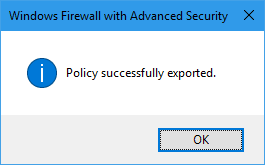 To import the policy back to the computer to restore the rules, choose Import Policy from the Action menu in Windows Firewall with Advanced Security. 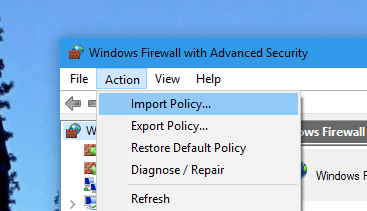 Note that importing a policy will overwrite all the current rules you have set up in Windows Firewall. You will get a warning message before moving forward.

If you are a command line guy, you can also use the powerful netsh to do the same.

To export a policy to a file named advfirewallpolicy.wfw in c: drive.

To restore that file back to Windows Firewall,

To reset the firewall to the default out-of-box policy,

Or, select Restore Default Policy from the Action menu in Windows Firewall with Advanced Security window.