Home How to How to Make Windows 7 Default Boot When Dual Boot with Windows...

It is important to note that Windows 8 are still in Consumer Preview, it’s Microsoft’s fancy way of saying “Beta”. This also means, you will not be able to upgrade from Windows 8 Consumer Preview to the final release or RTM release. If you are start to use Windows 8 as your primary operating system, this is something you want to take into account.

For those of early adaptors, if you have tried to install Windows 8 natively on a separate partition along with Windows 7 you will soon realize the new bootloader make Windows 8 the new default operating system. Make matter worse, if you wish to switch to another operating system (ex. Windows 7) after you’ve choosing Windows 7 your system will not directly boot into Windows 7, rather it will restart completely again, start from BIOS then boot into Windows 7. 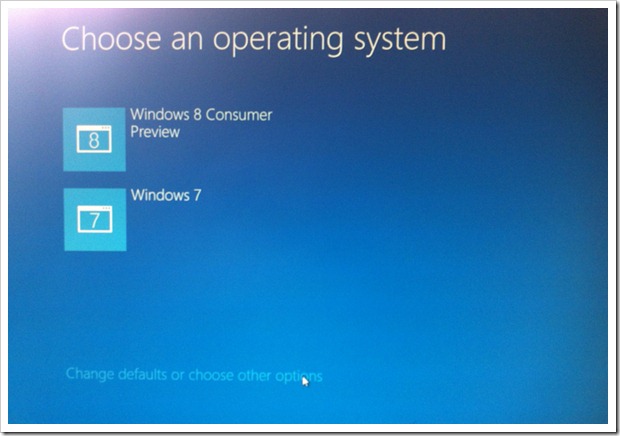 Thankfully,  with the new fancy Windows 8 bootloader it too came with some options you can change how the boot order with your PC. Once you are on this screen, click where it says “Change defaults or choose other options”

Now this will bring you to a new Options menu. 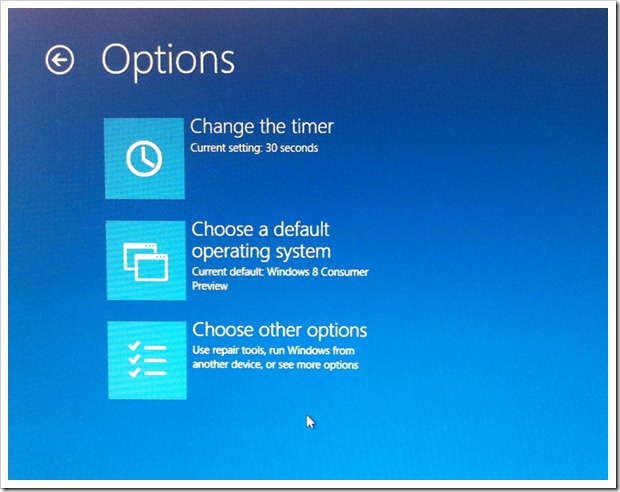 Click the second option “Choose a default operating system”, where you can also see the current default set to Windows 8. 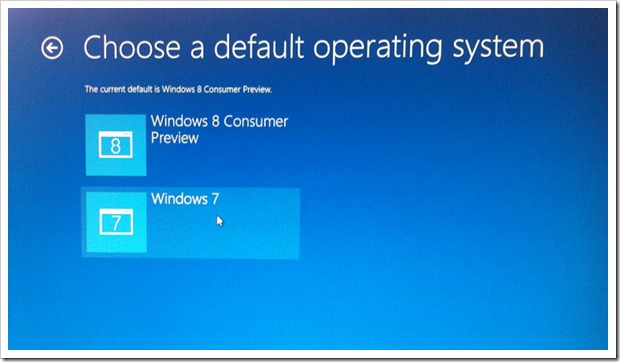 Now you can pick Windows 7 as the default operating system. The next time when your system boot from start it will jump into Windows 7 instead of Windows 8 Consumer Preview.

Optional: Change the wait Timer to 5 sec to Speed Up the Boot Processes

You can also change the count down timer  from the default 30 seconds to 5 seconds to speed up the boot process to either operating system.