MKV, the Matroska Ultimedia Container, is a very popular video format that can hold an unlimited number of videos, audio, pictures, or subtitle trackers in one file. Because it’s also an open source project and license free to everybody, it’s been widely used nowadays as an open standard HD media format.

Windows doesn’t have the codec by default to play a MKV-encoded video. You will have to install a codec pack like Windows 8 free all-in-one codec to play and enjoy them. But it’s not that easy to have the same thing on Windows RT tablets like Microsoft’s own Surface. And unfortunately, there are only handful apps available that claim MKV-ready on Windows Store. Exclude those paid ones, I’ve only found one that’s capable of playing MKV videos.

PressPlay Video, a native video app for Windows 8, provides not only a good user experience for playing video files, but also supports multiple formats including MKV and FLV. It’s a full featured windows 8 app that utilizes all Windows 8 features with touch optimized controls. It also comes with an integrated file explorer that lets you select and open media files through file structure, including your library or network share. It works perfectly with your Home Group network or media servers. 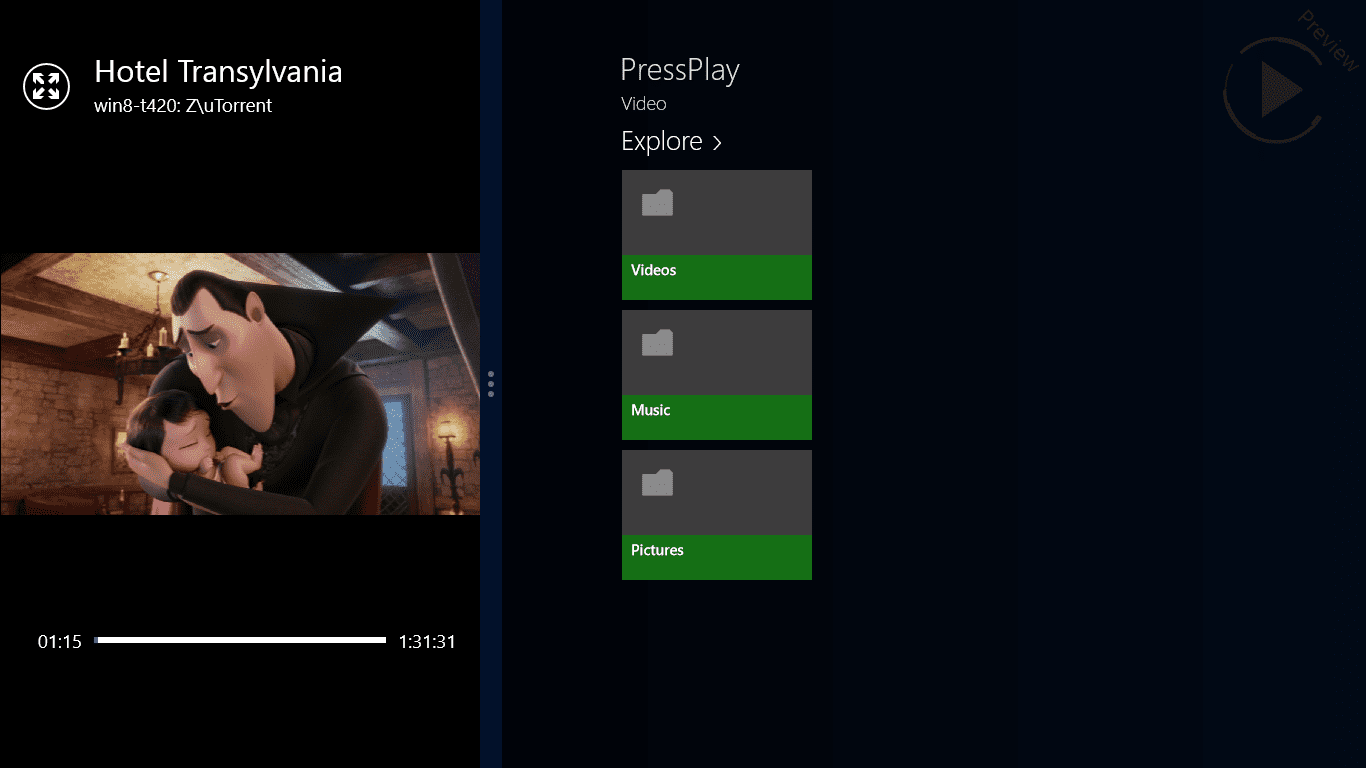 But the support of MKV videos is still experimental, meaning not perfect. For now, it only supports MKV videos encoded with AAC audio in it. If you have MKVs encoded with the latest audio formats like DTS or AC3, you will have to convert them first. We’ve shared a very quick way that can convert them within a few minutes. When it plays MKV, it also needs to generate a small file first, which takes a bit time to generate, which is inconvenient when playing a network video file. 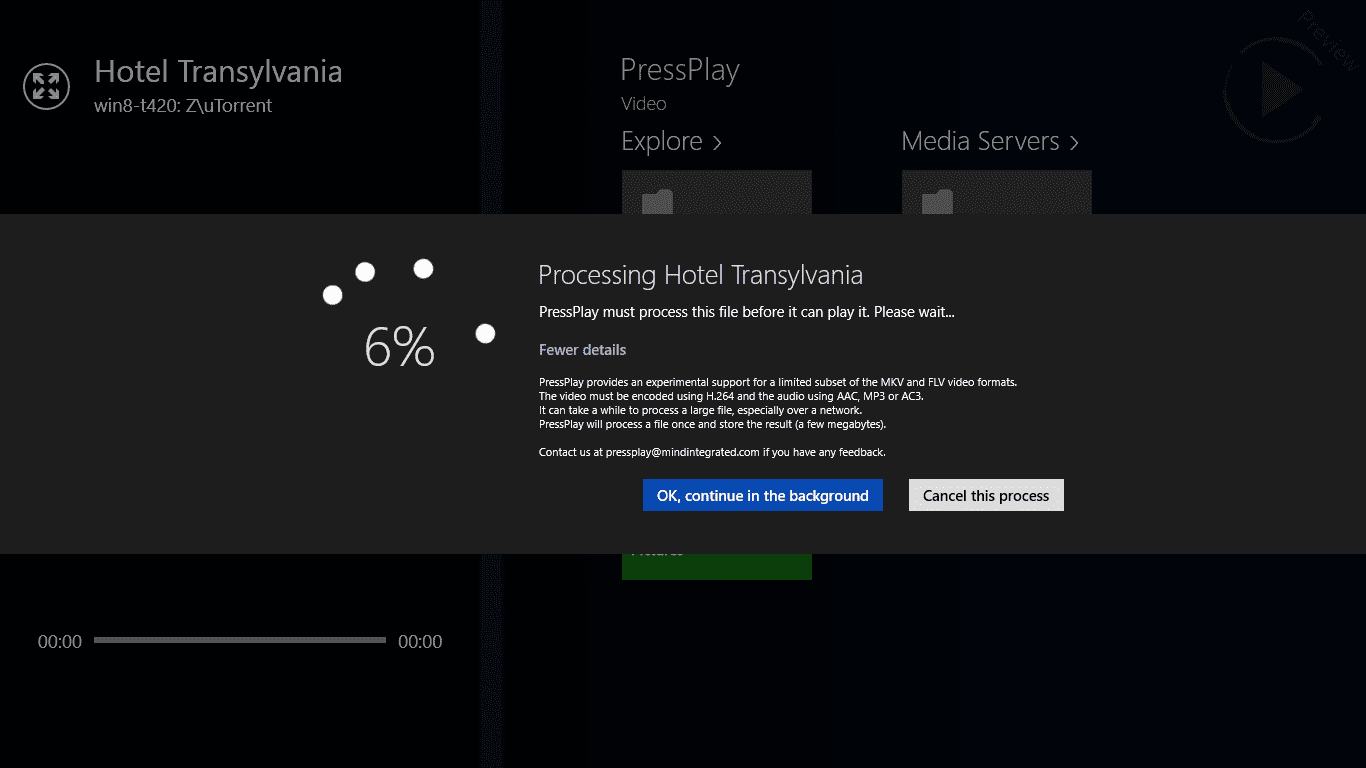 I am just hoping there will be more apps have a better support of more modern video formats. PressPlay Video isn’t a perfect solution to play HD videos like MKV on Windows RT but seems to be the best one I con find so far. It’s also free and can be easily found and install directly from Windows Store.

As of Dec 9, Microsoft released a bunch app updates that include a MKV file format native support in Video app. Great news to Windows RT users. If you haven’t been lucky hunting down a Windows 8 App that plays MKV file flawlessly, you can check this out now.