We’ve covered before how easy it is to install Windows on a Mac, this guide will help you go through how to remove Windows partitions from a Mac, if you ever decided to do so.

First go launch Boot Camp, you can do so by hit “command + space” launch spotlight search and type “Boot Camp”. 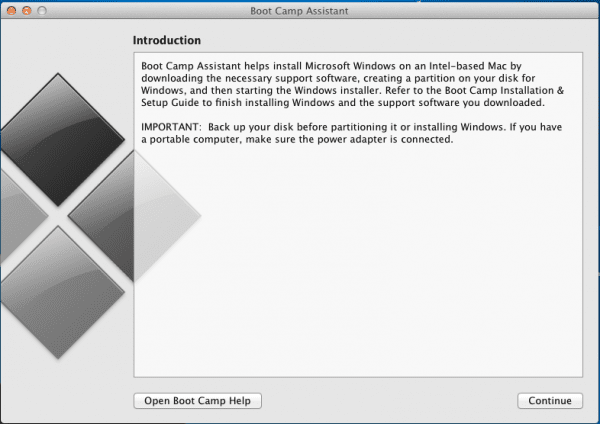 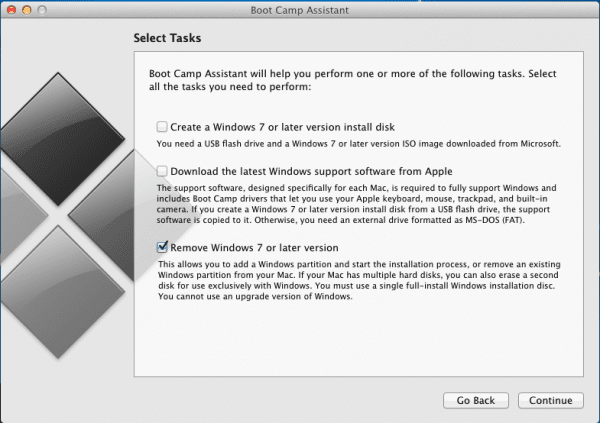 If there already exists a Windows partition installed, you can select “Remove Windows 7 or later version”. The next step of the wizard will tell you how much space you will be gaining after removing the Windows partition. 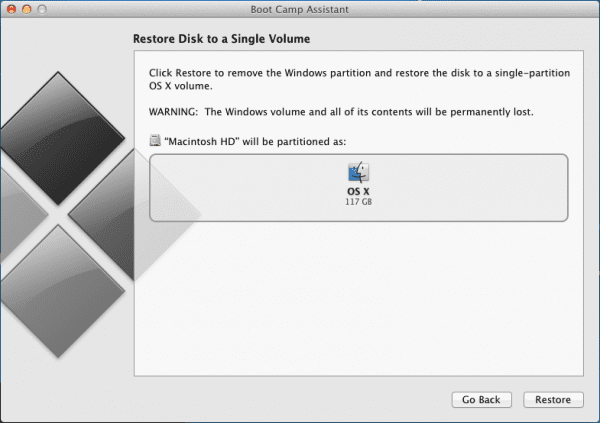 Hit “Restore” to confirm the deletion. 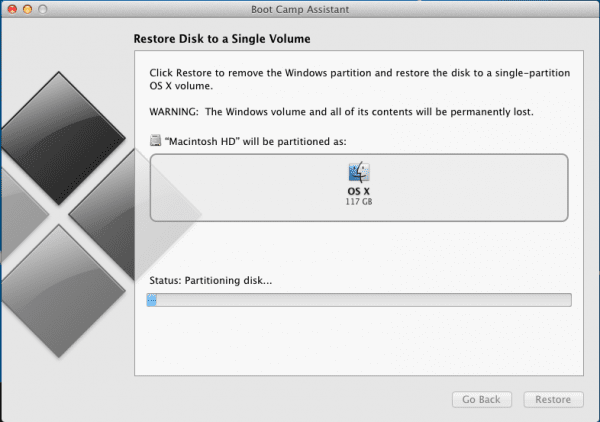 This process will take a while depends on how big the Windows partition is, once this is done you will be getting all the storage back and merge back to the main Mac OS X partition. 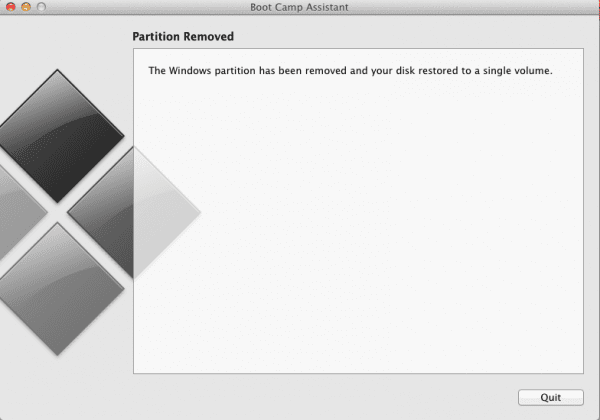