Regardless of what you are trying to do with Ruby and its thousands gems, if you are getting error when installing compatible gems under Windows environment this will help you to troubleshoot.

If you are trying to run the following command, assuming you have Ruby already installed.

This is due to the OpenSSL doesn’t support v3 on Windows, and you can resolve this issue by adding an alternative gem source without the https prefix. 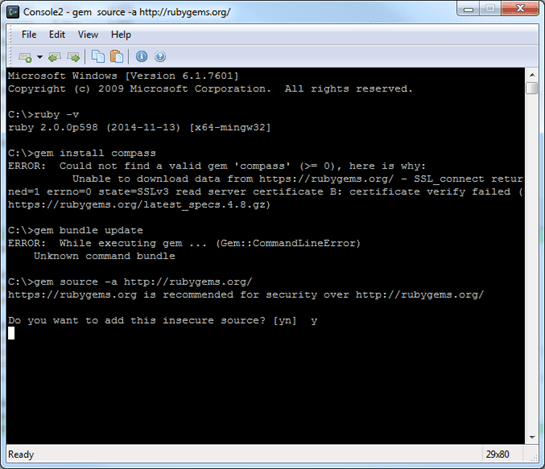 Will add the none SSL URL to the gem source. It will prompt you if you want to add this insecure source, answer y to confirm. Now run the command again gem install will successfully install the the gem from a none SSL source. If you are getting warning on any dependencies like below: 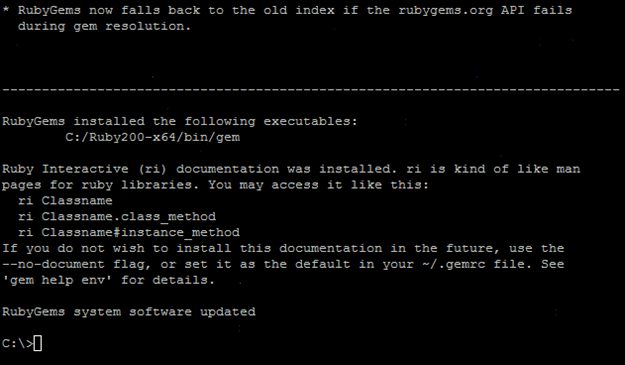 At the end all your system gems will be updated from a none secure source.

Hope this guide helped you with any issues on installing Ruby gems under Windows environment. As for all other platforms, some of the method would still be valid if the root cause are the same.