Windows 7 has made some improvements in regarding restricting software that come with the operating system. The new feature in Windows 7 is that you can “uninstall” some of the unwanted and unused applications such as the Internet Explorer 8.

Not saying that Internet Explorer 8 isn’t useful, but yet more and more people are start using Firefox, Chrome, Safari, etc. So back in the previous windows versions, Internet Explorer can’t be removed from the Windows OS. Although, it’s the same in Windows 7, you can now “hide” the Internet Explorer like it’s gone from the system. 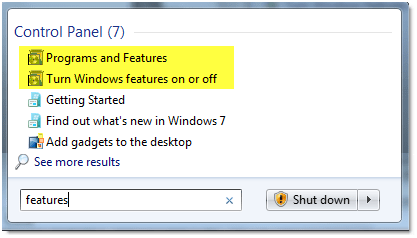 Start manual, type “features” -> Turn Windows features on or off 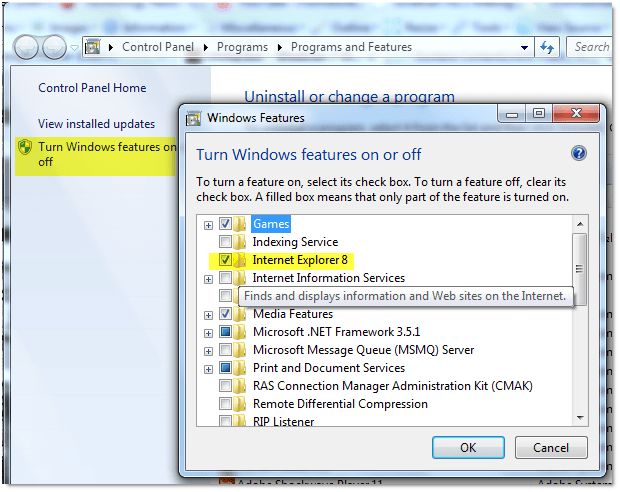 Now you can uncheck the “Internet Explorer 8” from your Windows 7.

You also turn off other features, for example Tablet PC, if you are not on a Tablet than there is no need to have this feature to be on.