Home Tools IObit StartMenu8 Is Another Tool To Bring Back The Old Start Button...

Ever since early February of this year we learned that Microsoft is  removing the traditional start button. This move has bought some controversy to it’s long standing start button. If you are new to Windows 8, you will probably not use to the missing start button, don’t even mention the new overhaul of  start menu.

In seeking of bringing the old Start menu button back to Windows 8, there were already some third party tools out there you can pick and choose (see examples here, and here).

IObit has also released their version of Start menu button replacement tweak, IObit StartMenu8, is currently in beta and free to download to try it out. 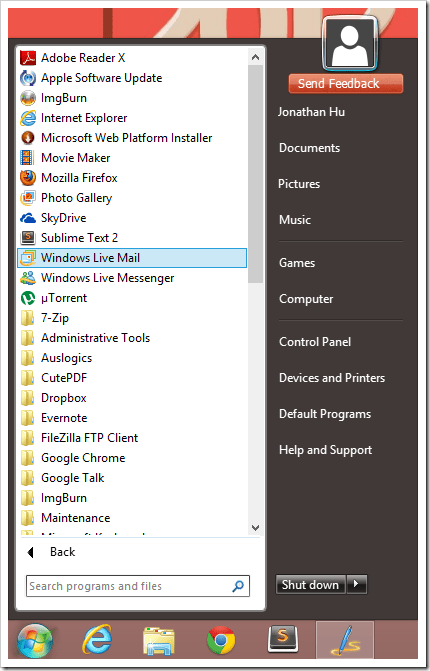 Once you have it installed, it will add the start menu button where it was used to be. When you press the Windows button, instead of launching to the new Windows 8 start menu, it will launch this old traditional start menu. The look and feel are static, at least for now with it’s beta. You don’t have any option to tweak the theme.

After all, this is just a beta program and offers some of the needed feature many user are seeking, pulse it’s a free download many of which program we have covered previously are now paid apps. Give it a try if you’d like to see the old Windows start menu appear on your Windows 8.