Chrome 32 has landed, if your Chrome hasn’t auto updated itself, you can head to chrome://chrome/ to check the version of your Chrome, which will download and install the update for you automatically. A major change has been made into the stable version in the latest release of Chrome, namely running Chrome in Windows 8 mode, in which Chrome gives you what would be if you are using a Chromebook. It literally gives you a preview of Chrome OS running right inside Windows 8. You are in an enclosed environment in which the only tool available to you is the browser itself.

The latest revamp on Chrome from Google is another step closer to their vision of future where you can do anything on the web. At the very bottom left, you get a Windows Start menu like launch button that shows a list of all your “apps” you had previous installed or pinned in Chrome. 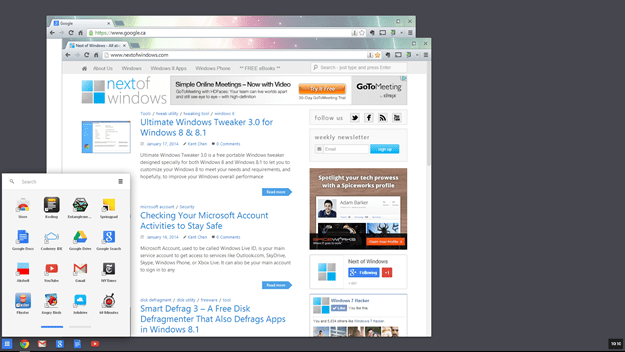 At the very bottom, you get a “taskbar” that shows you some default Google app, plus Chrome itself. The biggest change here is that you get a desktop environment within the full screen Windows 8 Chrome shell. 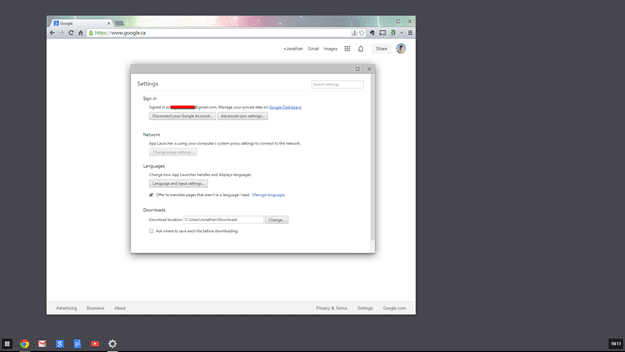 From here, you would be able to access all the settings you’d normally get in a stander Windows 8 Chrome, all the Chrome special URLs work as you’d expect. 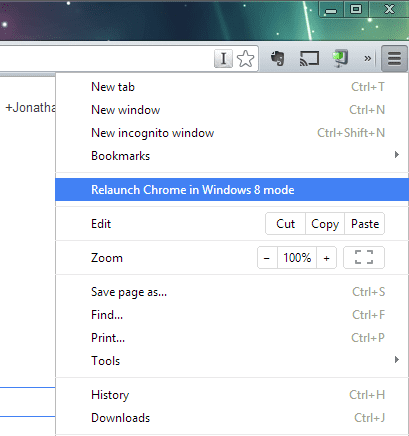 To switch back to stander Chrome for desktop, repeat the same step, and you will find options allow you to Relaunch Chrome back on the desktop. 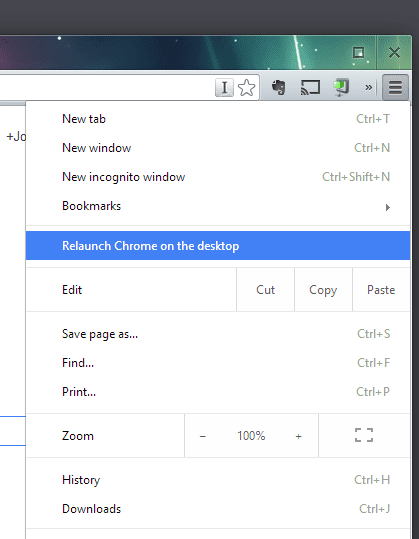 One noticeable change apart from the new Windows 8 mode is the new tab noise indicator which basically shows you which tab current is making sound, which tab is currently recording with Google+ hangout, and which tab is being Chromecasted onto the TV etc.

Also, in new Chrome 32, there is a new drop-down menu animation, which might cause you issues if you try to select the last item in the drop-down list. It’s a known issue, which will get fixed soon in late releases.

Give Chrome a try in the new Windows 8 mode, you might find it a better alternative to the existing Internet Explorer in full-screen mode for tablets.

However, this new feature is not currently available on Windows RT devices. Those RT users will have to wait until Google devotes some thei