If your Windows 10 is running on the latest Anniversary Update, which was available on August 2nd, then your Microsoft Edge browser is now more powerful. One of the biggest drawbacks that prevented most power users to adopt Edge is the lack of third party extensions. With this major update, Microsoft has addressed this concern and opened the door for developers to integrate their apps natively with Edge.

How To Install Edge Extension

To install an extension in Microsoft Edge, just launch Edge and go to the settings menu > Extension. 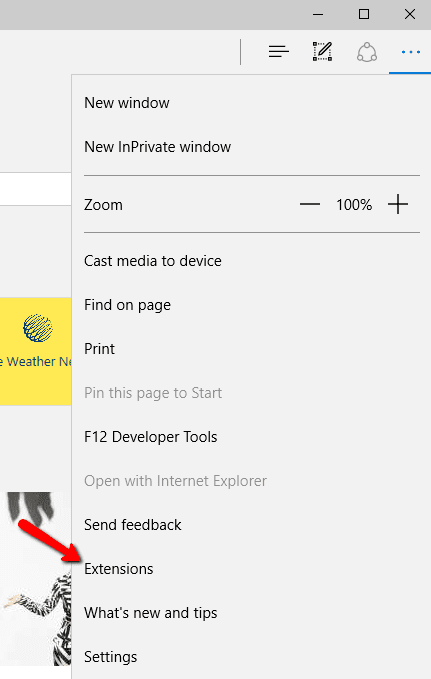 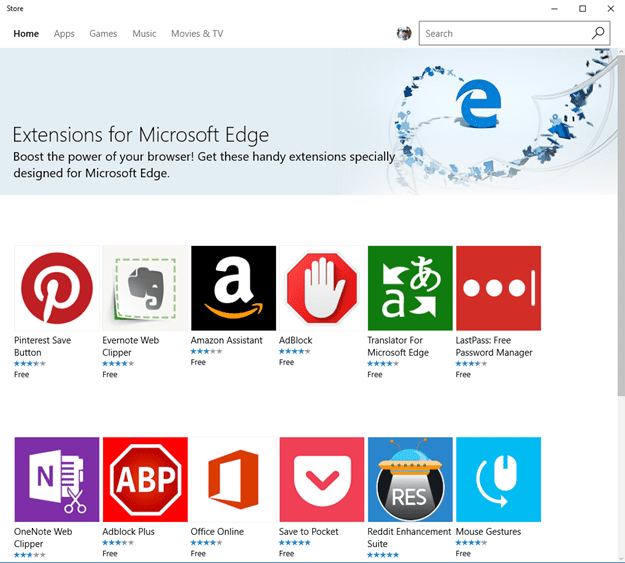 Currently, the Edge extensions selection are very limited comparing to Chrome’s extension. But in time, there will be more! So let’s try to install an extension to find out how everything works with Store and Edge. We are going to pick a first party extension that might also have some use for us, OneNote Web Clipper. 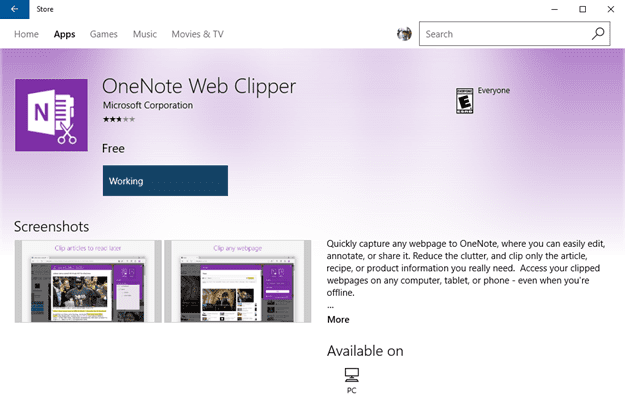 From the Downloads and updates, you get to see its progress. Once installed, you will see a new notification in Edge asking if you want to start using the extensions or not. 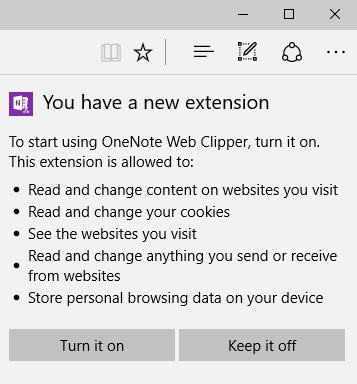 Similar to Chrome’s extension, Edge lists all the permission required from the extension. Acknowledge the notice by clicking “Turn it on” button. 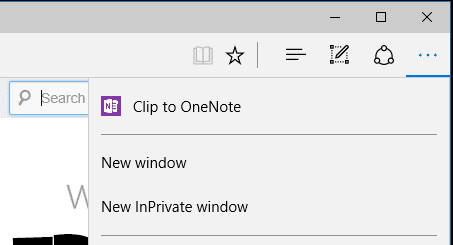 That’s how you can add third party extensions to Microsoft Edge. If there is an extension that you can’t live without, perhaps it’s time to start to submit the feature request to the product. Now since Microsoft has opened the door, it’s up to the developers now to make all sorts of extensions to make Edge a better browser.