Yes, this is sort of for real. Mitini is a voice over control application (like Siri) but made for Windows. Developed by a Canadian out of his curiosity, here comes Mitini, you can download Mitini here.

Exactly what it’s capable of doing is still unsure to me, the application is still in the early stage of development. However, I have tried some commands that people give to Siri and got some fair response. But I do ran into some issues majority with the voice recognition. Nonetheless, you can still enter the command by text and you will still get a response back.

Here are some of the command that I’ve tried that appears to be working. 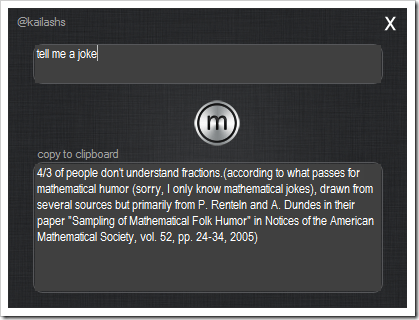 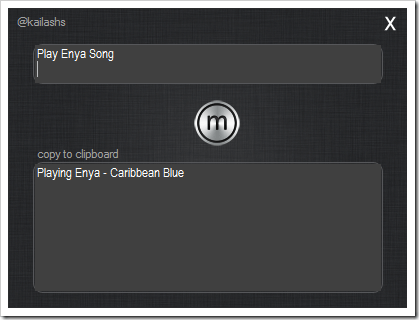 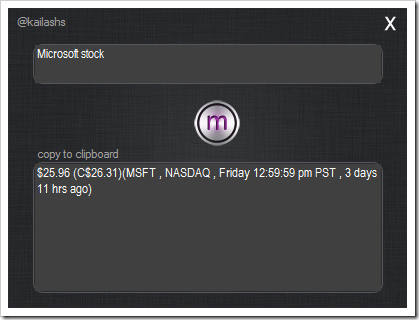 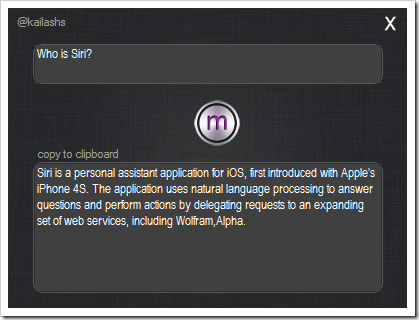 If all those screenshots doesn’t mean anything, you should really checkout this video below. When I first saw it, it really blows my mind. But too bad I could never to get the application to interpreters the commands like he did in the video. But hey it’s certainly one step in the right direction, ever since the new iPhone 4S came out, numbers of hackers are trying to port Siri to other iOS devices, but this is the first “alternative” I’ve seen to comes to close to the Windows platform.

How To Deal with HEIC/HEIF Image Files on Windows

3 Free Tools to Remote Access Your Home PC without Changing...