NetworkTrafficView is a  new network monitoring tool from NirSoft that captures the packets pass through your network adapter, and displays general statistics about your network traffic. The statistics information can be grouped by Ethernet Type, IP Protocol, Source/Destination Address/Ports. 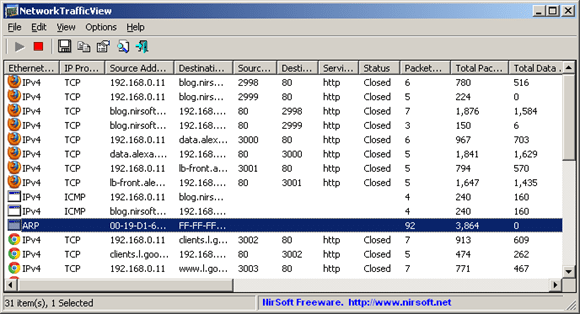 It’s a free portable tool that doesn’t require an installation. Simply run, capture, and go. It works for Windows 2000 and up on both 32-bit and 64-bit edition. However, it does require one of the following capture drivers to be installed before the program starts capturing the network packets.

Well, if you only run as the raw data capturing, you wouldn’t need any of these drivers but it’s highly recommended that to get the most out of the tool, you would need one of the network capture driver installed on your Windows system.