Virtual Desktop is a long overdue new feature in Windows 10 that creates extra desktop space for those who wants to separate different area of work in different area of space. While the concept proves very useful, it took all these years to finally convinced Microsoft to deliver it in a native way. It’s still quite basic, but new features do come out with new releases from time to time. There are also 3rd party apps that help to shape it up as well, such as VDesk, a free and open source tool that lets you open programs or files on any given virtual desktop right from the context menu. It also supports command line arguments that can launch an app or file on a particular virtual desktop.

Go to its releases page on Github and download the executable file to your local computer, in the Downloads folder by default.

Assuming you downloaded the VDesk executable file in Downloads folder, open File Explorer, hold down the Shift key and right-click on the Download folder, and then choose “Open command window here“. 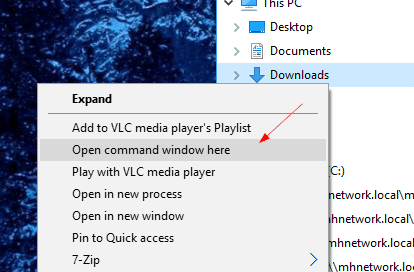 Run the following command in the opened command prompt window. 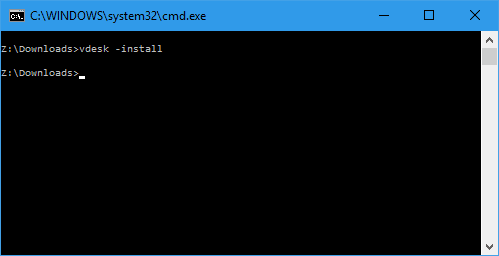 It takes less than a second to execute. Once it’s done, it adds a new option called “Open in new virtual desktop” in the context menu.

How to use it 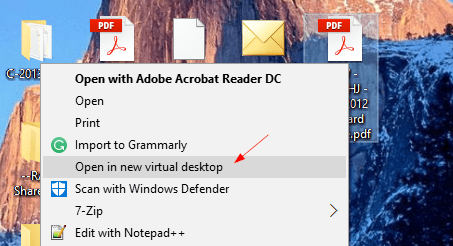 To open any file or program to any specific virtual desktop, you will need to use its command line. For example, running the following command opens Notepad on Virtual Desktop 3.

Overall, it’s a nice useful little tool for those who use virtual desktop a lot. It would be nice if the option to open program or file on a specific desktop is available right on the context menu, rather than through the command line.