Home Windows 10 Placeholders are Gone from OneDrive in Windows 10, What To Do?

Introduced in Windows 8.1, placeholders, aka smart files, is a functionality in OneDrive that enables users to view and manage OneDrive files regardless of connectivity. Placeholder files are the files in OneDrive that are listed in File Explorer but are not cached locally. They only contain file metadata and thumbnail images of photos. They need to be downloaded to be fully opened locally.

It’s a very useful feature, especially to those who store large chunk of data in OneDrive. But it doesn’t matter anymore because it’s gone in Windows 10.

It’s a huge step back from the past to me. And it’s painful every time when I set up OneDrive on a new computer, knowing that gigs of data is going to be downloaded and filled up my hard drive.

So what to do if you are feeling the same? Here are 2 options to look at.

By making the cloud drive a native network drive, you are avoiding downloading all your data to fill up your hard drive. And here is how you can do it.

First of all, you need to find your own OneDrive cid number. Go to OneDrive on the web, sign-in and click any of the folders you have in there. Then look at the url in the address bar that includes a cid number. Select and copy this number in the clipboard.

Then, open File Explorer, navigate to This Place, and click Map network drive  in Computer tab. 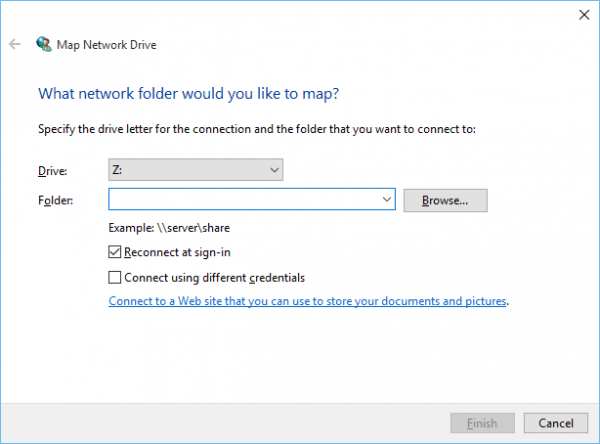 Select a drive and type in the following url with your own cid number.

You will be prompted to enter your OneDrive credentials which is your Microsoft Account and password. A new drive will appear in File Explorer right after. You can rename the drive to a more friendly one. 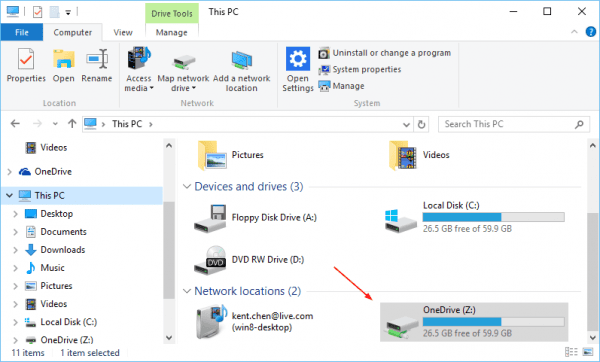 That’s all you need to get access to all your OneDrive files through File Explorer, without downloading them all in the first place. You can do what you normally do to access files through a mapped network drive. Only it’s slower, and not offline access either.

Odrive is a 3rd party sync app that lets you access your entire OneDrive storage from the Windows shell. Actually, it makes the concept of the placeholder available to other cloud providers too because it supports Dropbox, Google Drive as well.

After you installed the app, sign up with one of 4 sign-in options, you will see something like this in File Explorer. 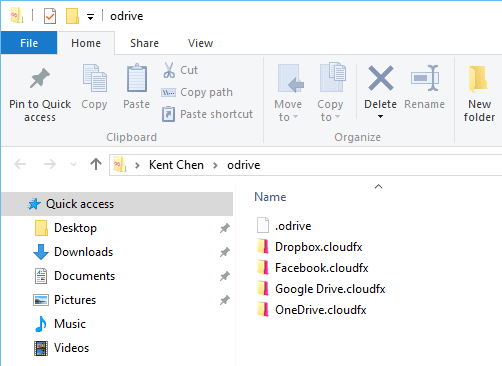 It uses its own placeholder called cloudfx, similar to OneDrive, to indicate files and folders that haven’t got a local copy. In the free version, when navigating into a folder, all of the files in that folder will be downloaded automatically for offline use with a blue check mark stating they are sync’d.

While it works pretty well the same way as old OneDrive in Windows 8.1, it’s still slower than the native sync. But it’s a sacrifice. 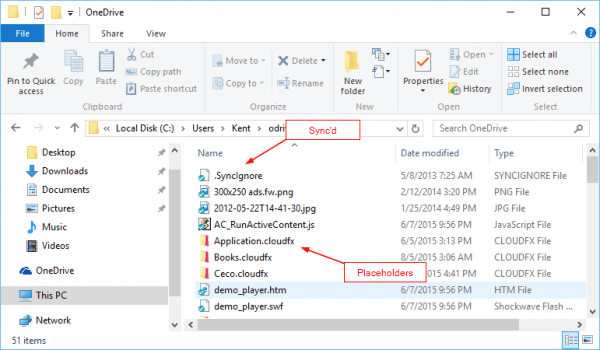 Frankly, neither of the options are perfect to replace the old OneDrive’s placeholders, but that seems to be as good as we can get at the moment. For now, you are either doing one of these options or on a computer that has limited disk space like Surface, pick only the folders you need to have them fully downloaded.

I like a lot things Microsoft has done in Windows 10 but removing placeholder in OneDrive is definitely not one of them.