A member of The Windows Club named hackerman1 posted an interesting post from his own test findings on Windows 7, called Windows 7 on a Dinosaur. It’s amazing seeing a very modern operation system can be run on such an ancient machine, P2 with 96/128M RAM. It’s just another example demonstrating how awesome Windows 7 is.

And here are the two screenshots he took showing the success. 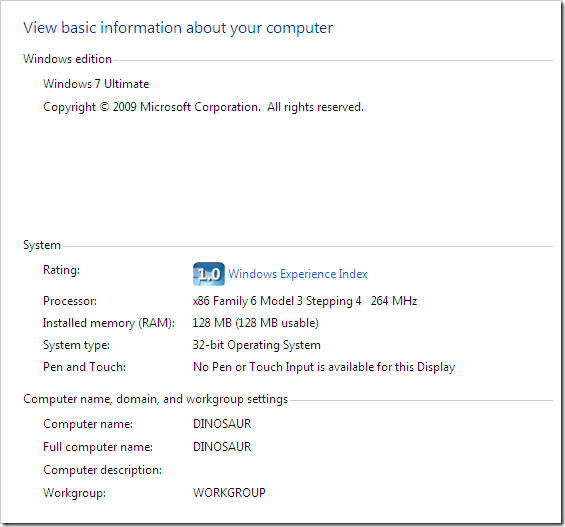 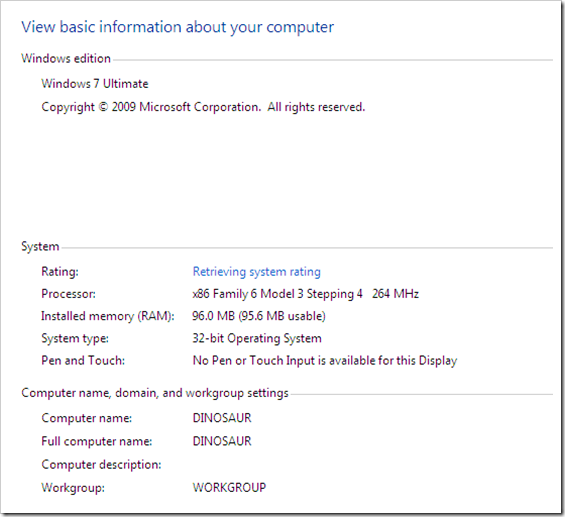 This guy is actually luck that he can still find the hardware that old. He also mentioned that

i also have a P1 with 166Mhz CPU & 1MB Graphic card, without the powersupply-unit, as i have used it for some tests on another PC.

if i can find the Powersupply-unit, i´m going to test the P1 tomorrow…

P.S. Thanks to Stephen for finding this unusual example.