Now that you can run Windows 8 Developer Preview on VirtualBox but since it’s not officially supported by VirtualBox yet you don’t have the “Guest additions” that add certain features to the virtual machine, one of which is the screen resolution. You only get to set up with 4:3 ration resolutions like 1024×768. While I believe it shouldn’t be a problem later on, you have a workaround to make Windows 8 work better with your own screen. Thanks to Mister Goodcat for this useful tip.

Let’s say I want to add an additional resolution 1366×768 to fit my widescreen to virtual machine “Windows 8 Preview” I just set up.

1. Run the command from Dos prompt window. Note that the name of the virtual machine is case sensitive.

2. Then power on the virtual machine. Go to the Screen Resolution, and voola. 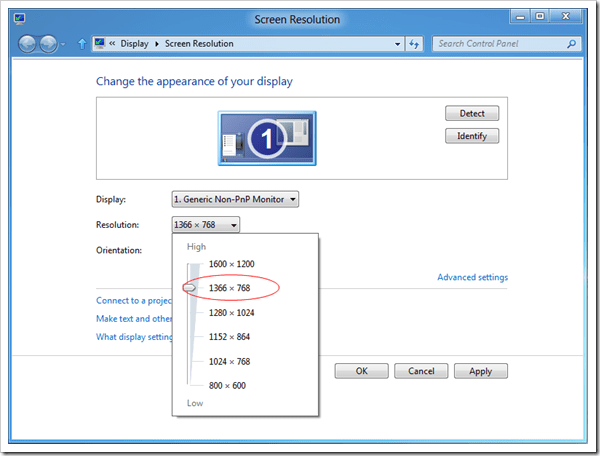 And that looks much better. 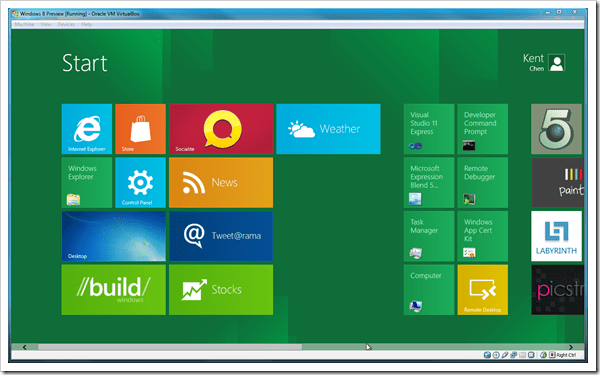 Command Lines to Put Windows into Sleep or Hibernate Mode