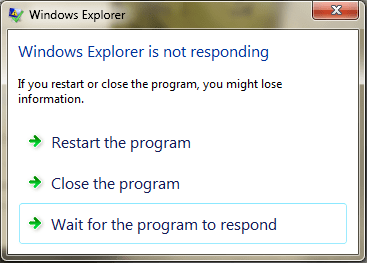 If you had been using Windows 7 for some time, you probably have seen this window quite a few times. No matter what the options you choose from the list, you will probably still end up having your desktop crashed and restarted in order to get your normal operations back.

Unfortunately, there aren’t many ways that you can get around it. And often time, the reason as to what caused the crash is very hard to determine. Most of the time, it’s due to the issue where your Windows Explorer is trying to connect to a network resource that is not available at the time. But there also could be many other reasons too.

However, there is a very useful trick that would sandbox the Windows Explorer to separate the process so that when one process crashes the others will be still alive working in the normal way.

The trick is very simple actually, only if we know it of course. Open Windows Explorer by pressing Win + E, hit Alt key to get the menu bar show up, go to Tools and Folder Options. 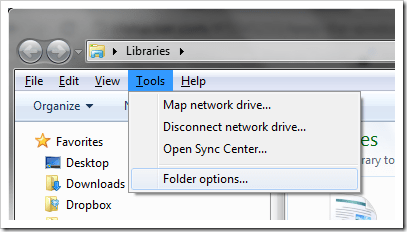 And then go to View tab and check the option called “Launch folder windows in a separate process“, click Ok to save the settings. 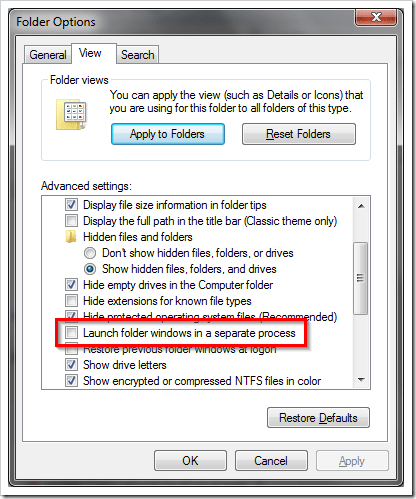 Now, let’s open two separate Windows Explorers on my Windows 7, and take a look what it looks in the Task Manager. 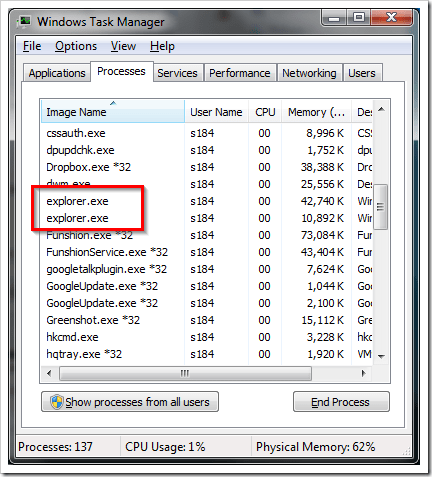 Indeed, there are separate Explorer.exe processes running simultaneously in the system. From this point on, if one of the explorers crashes it won’t crash your whole Desktop anymore.

It’s indeed a very useful tip that would help out those who suffer the pain of constant windows explorer crashes.

What about in Windows 10?

Windows 10 actually handles this Explorer thing quite nicely. It’s designed by default that the Explorer processes are run separately. There is one that handles the desktop environment, i.e. Taskbar, Desktop, Start Menu, etc. Any File Explorers open up a separate sub-process under the main one that can be terminated separately.

Like the screenshot shows below, even though you see only one Windows Explorer process running in the Task Manager, you can expand it to get the full list of multiple File Explorer instances and terminate them individually. 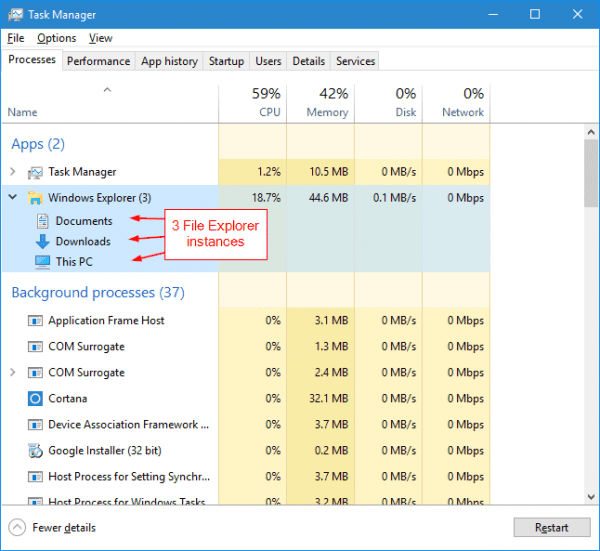 However, since the same trick described earlier also works the same in Windows 10, why not turning it on so that they can be easily identified which one to kill when it runs in non-responding mode. Click View → Options in File Explorer to open Folder Option 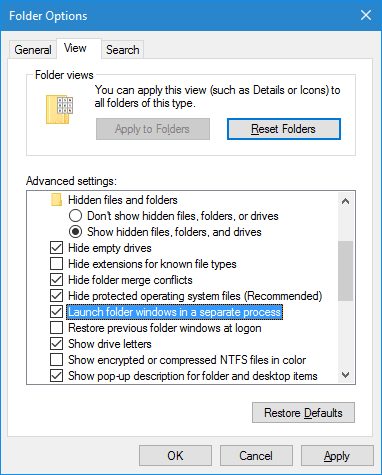 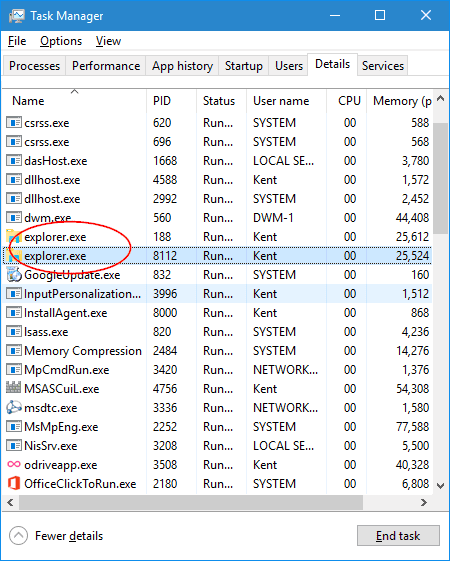 One more thing, the Explorer.exe actually has a secret command line switch that can force Explorer to run in a separate process. Pretty neat.