WiFi Guard, developed by SoftPerfect, is a WiFi network scanning tool that runs through the WiFi network at set intervals and reports immediately if it has found any new, unknown or unrecognised connected devices that could belong to an intruder. 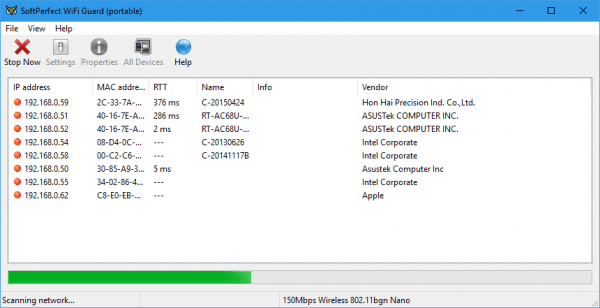 The tool is very simple with a user interface that lists all the wireless devices it found on the same WiFi network with the following information:

The entries with a red dot are firewall protected while the ones with a green dot are pingable.

You can right-click any of the entries to find the details about that device, or copy the information to the clipboard.

The Settings window has a few options to choose from, from selecting a network adapter to changing the scanning time intervals, to setting up the alert method to notify the user when it detects anything up. 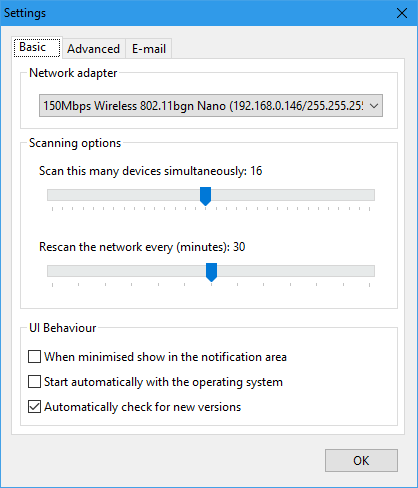 WiFi Guard runs on both Windows, from XP up to Windows 10, and Mac computers. It’s completely free on Windows but costs $9.99 for Mac. On Windows, it also has a portable version that doesn’t require an installation to use the tool.

Generally speaking, modern Wi-Fi networks are well protected. But still, it’s nice to see who’s on your WiFi network and what’s been using up your internet usage.

It’s worth noting that even though it’s called WiFi Guard, it’s not only limited to the WiFi adapter. As long as you and all the wireless devices are on the same network, you can still use the tool to scan and find them all. See screenshot below, I selected my Gigabit network adapter and it finds about 170 devices on the network.