SourceTree is a popular Git client originally made for Mac. About three weeks ago, the maker of SourceTree, Atlassian, announced open Beta signup for its Windows version. Of course I rushed to sign up, eagerly waiting to try it out. Up until Atlassian’s announcement on SourceTree expending to Windows machines, Git client for Windows was far and few in between. This is with an exception of the official Github for Windows app.

If you are a developer primary using Windows with git as one of the version/source control, then you should definitely not miss SourceTree for Windows. It’s currently in Beta. Although it still requires sign-up, you can download the Windows version here without waiting for the email to arrive. The only prerequisites is Microsoft .NET Framework 4.5, which you can go here to download the runtime Framework if you don’t have it installed.

Once you have downloaded SourceTree, go ahead enter your Full Name and Email address. Those info will be used when you making commits to the code, and as a result, will be reflect when check-in any commits. 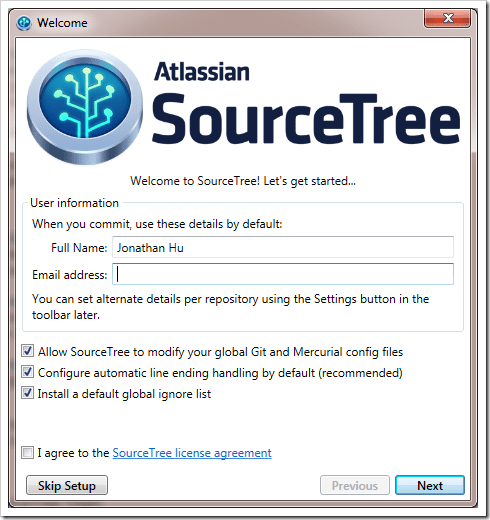 You can now add a repository by copy and past any git repo URL. The UI is almost identical to the Mac version, only feels simpler. 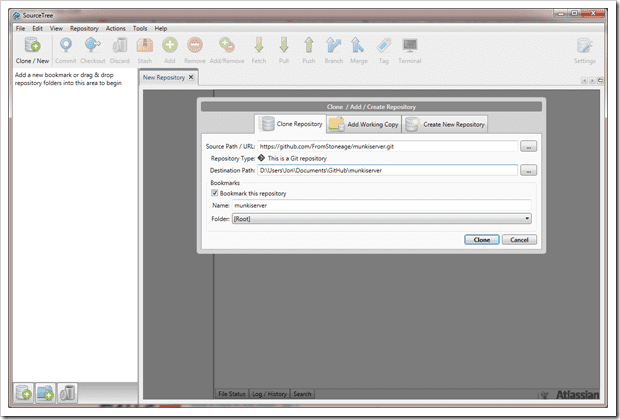 Once you have checked out a repo, or cloned a git repository you will be able to see a full commit logs with code previews and branch merges. One of the best features SourceTree has is the idea of git branch Graph. It makes working and collaborating with others a lot easier. It’s easier to see where you are at in terms of commit differences and branch merges. You can also change number of lines to show in the code preview to get a better understanding of what code and where in the project the changes made place. 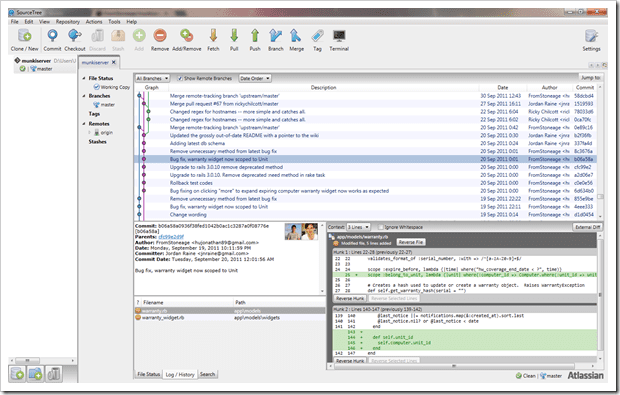 Once you have added any remote repo, pull changes from it are also very easy. Just click Pull, and you can pick and choose from a list of remote repos and the branch of each repo to pull from. 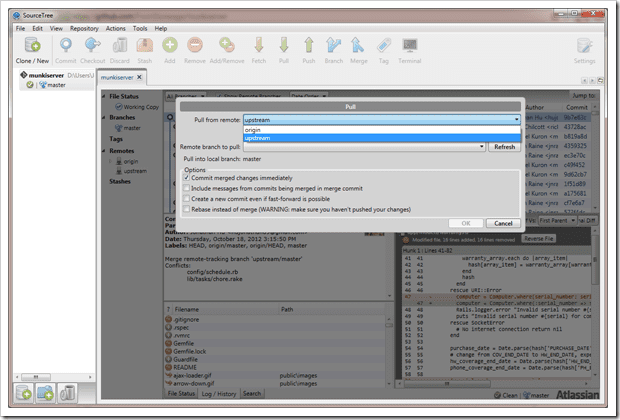 When the pull is complete you will still be able to see a list of changes in the commit log. 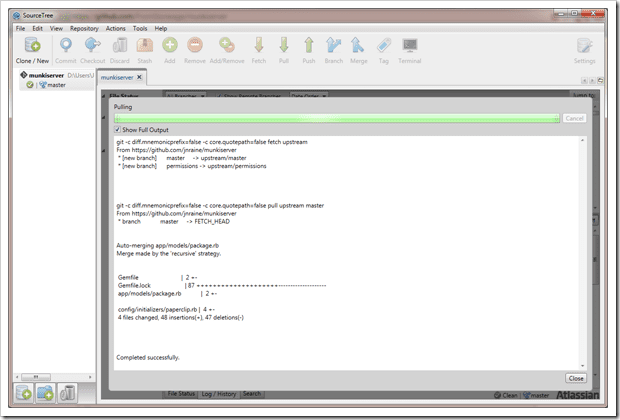 Finally the last step is to push the changes to the server, in this case github. It’s also very easy, if you have more than one remote repo, you get the option to pick and choose which repo and branch your code will be pushed. 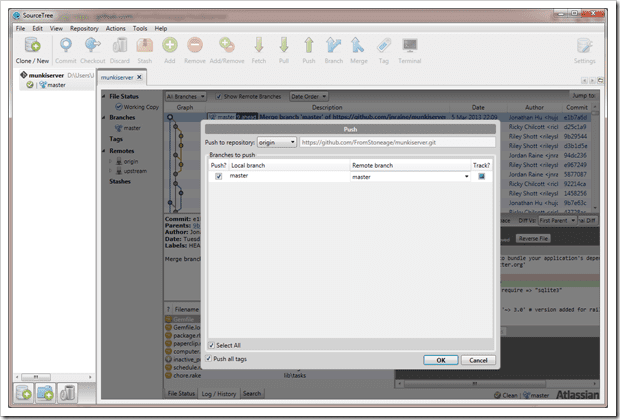 Enter your username and password for github, and you are all set. 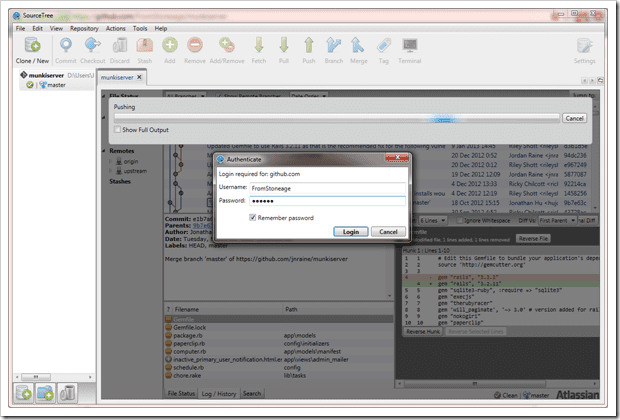 Overall, SourceTree is a very nice complement to git’s command line interface. If you have not used any git GUI client, then I highly suggest you to give SourceTree a try, you will find everything with git become more clear and easier to understand.

How to Map Windows Live SkyDrive to Get Free 25GB Storage...

How To Get A List of Programs Previously Executed on Your...

Belarc Advisor to Audit Your Windows PC for FREE