SpeedFan is a system utility that monitors not only the speeds of the fans on your computer but also the other components and their running status as well. The program isn’t new and has been around for quite a few years. The flagship feature is the ability accessing the digital temperature sensors in your computer and changing the speed of the fans accordingly. But there are many features that have been added along the way. The latest version of 4.49 which just released a couple of months ago added a lot of new features including the full support for both Windows 8 and Windows Server 2012 with a new simplified user interface.

Installation is straightforward, will be done within seconds.

Once it’s launched, it automatically scans your computer and shows up how many sensors detected from the system tray.

You can also find out the temperature of your Fans, CPUs, and HDDs right from the system tray by moving your cursor over the digital icon.

The program has a tab-based user interface that displays more details about your computer. The first tab is called Readings that gives you an overall picture of what’s on your computer: 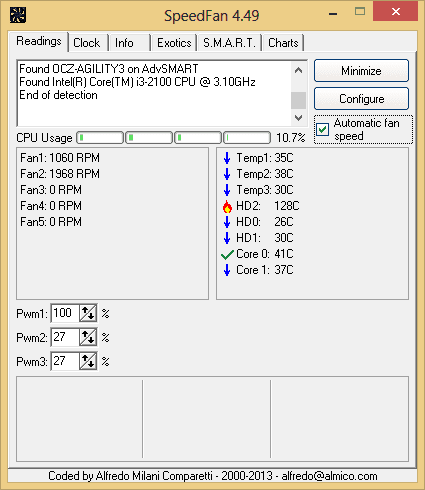 If you want to find some information about your RAM, you can go to Info tab to find out.

The Clock tab is designed for clocking enthusiasms so if you are like me having no interest manipulating the default processor settings, you can safely and happily skip this tab at all time.

When I first saw this, I was like what the heck is that. But when I actually went in, aha…this is what’s about. 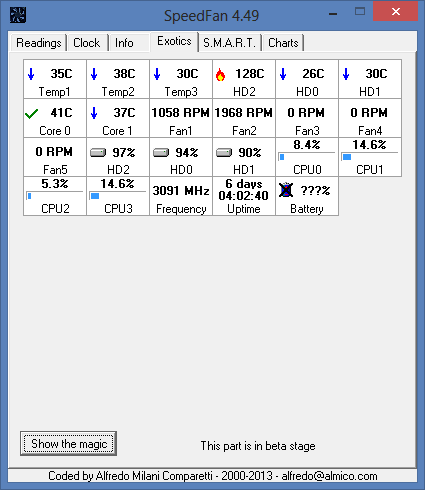 But I still have no idea why a consolidated system overview would be called Exotics. At first, this tab shows as a blank page. You will have click the Show the magic button to see them.

The S.M.A.R.T tab is where you find all information about your HDDs. You can scan and test all hard drives you have installed on your computer, one at a time though. Select the hard drive from the Hard disk dropdown list, and pick one of the 3 testing methods available in the program, online analysis, extended test, and short test. 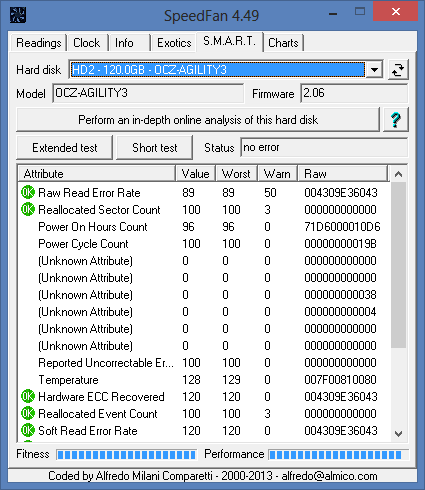 The Online Analysis uses the service from HDD Status. When you click the Online Analysis button, it will take you to a detail webpage hosted on HDD Status that shows information about the numbers the program scanned and tested earlier. The numbers are boring so what you need to pay attention is the conclusion below the details table. 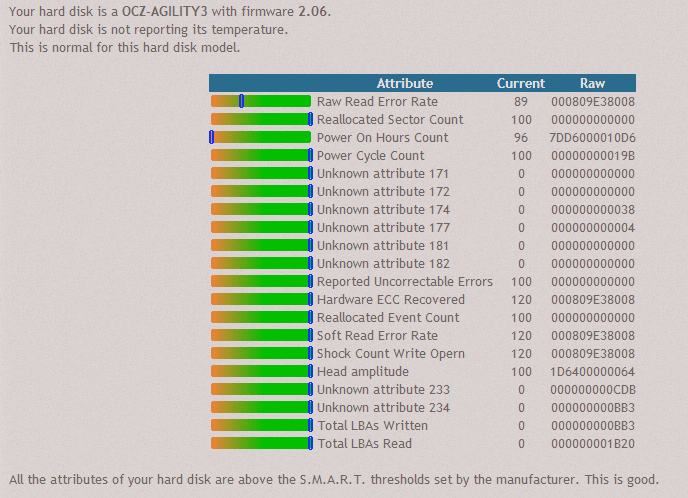 The program also has a Chart tab that displays 3 types charts in real time, Temperatures, Voltages, and Fan Speeds. You can choose what components to show the status in the chart in each type of charts. It’s not that useful frankly but as you can see it’s quite nice as a feature. 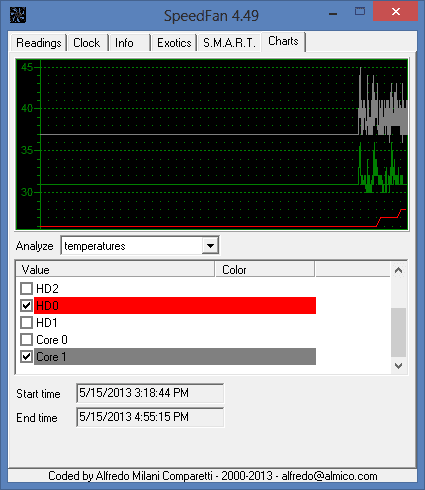 Overall, SpeedFan is a great hardware monitoring tool that monitors the running condition to your critical components. Plus, it can change the speed of fan accordingly to the information it collects from the sensor. If you are looking for one that is specifically for monitoring the temperature and fan speeds, SpeedFan is one to go.

The best of all, it’s free and runs on all Windows systems, including 64-bit platforms on both client and server.

Reeder for Windows (Well Sort of)

What is Torch Browser, and Can I Use it to Download...