Home Tips & Tricks Speeding Up Your Windows with A RAM Disk

If your computer has more than enough RAM installed, you may consider creating a new Virtual Drive inside your Windows that runs purely from your spare RAM, aka a RAM Disk. The performance benefit could surprise you.

The terminology is nothing new, but unfortunately, Windows doesn’t have a feature that supports it out of the box. Therefore, to create a RAM Disk, you will need a dedicated 3rd party software to utilize a chunk of your system’s spare memory. Dataram’s RAMDisk is one out there that works pretty well with Windows, though the free version can only utilize up to 4GB of your memory.

A secondary drive appears after you click Start RAMDisk button in the program, with the proper size specified. By default, the drive and its content will be deleted right after the Stop RAMDisk button is clicked. But you can change the setting so all changes made or saved to the RAMDisk can be saved into an image file that can be loaded up next time when you click Start RAMDisk. 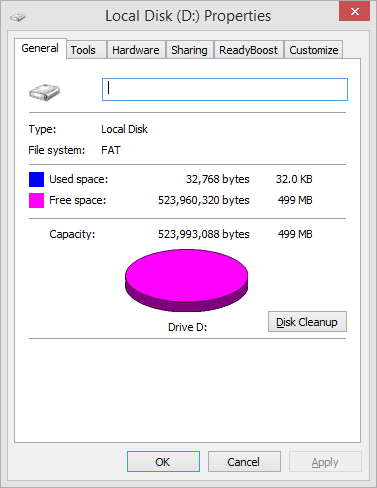 Dataram’s RAMDisk Lite is free with limited features but if you want more space and features, you may look into their commercial editions. Instead, the price seems to be fairly reasonable, $9.99 to create 12GB of RAMDisk to $19.99 for 64GB.

SoftPerfect has a freeware called RAM Disk for Windows that also does the same without the size limitation. It runs much like how Dataram’s RAMDISK, creates a virtual disk residing in the computer RAM accessible in Windows Explorer. 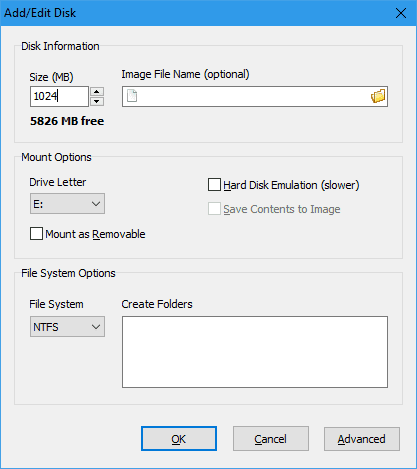 The program also allows you to create multiple RAMDisk drives if you have enough RAM available on your computer. 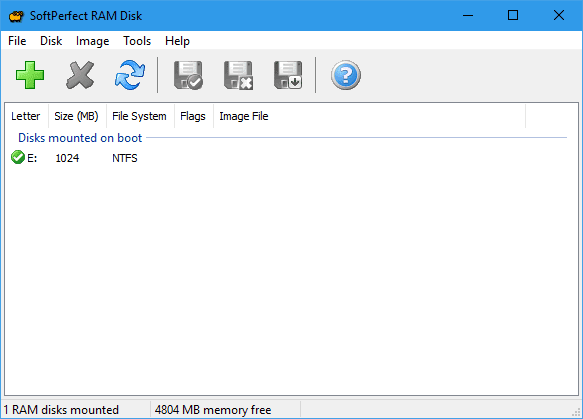 What’s even better is that it creates persistent RAM disks with the help of an associated on-disk image. It may decrease the disk performance a bit but having a high-performance disk drive in RAM without worrying about losing data after each reboot is pretty awesome.

The main and only reason why we want a RAMDisk is purely for speed and performance. The speed of a RAM is just much faster than any other forms of storage medias we currently have, including SSD. The data transfer rate for a lowest DDR3 RAM is at around 6400MB/s while the fastest SATA3 is only at 1969MB/s, not mention that it can go all the way up to 17000MB/s on a fast DDR3.

Here is a benchmark comparison I did between an SSD drive and a RAMDisk on my computer. See for yourself how much differences a RAMDisk could be.

Creating a RAMDisk seems to be simple enough but utilizing it could be tricky. One use of it is to store all temporary files including browsing cache to speed up the Internet Browsing experience and store less junk on your hard drive. Or, if you regularly work on a large file that you think disk writing/reading would be a bottleneck to your work, you may think of moving these large files into the RAMDisk and accessing from there to gain better performance.

If you have some good ideas of what to do with this high performed RAMDisk, feel free to share it in the comment below.