The long-lived Start Menu was removed in Windows 8 and was partly brought back in Windows 8.1. But obviously, it still wasn’t enough to satisfy people who spend their most of time on Desktop.

Fortunately, Microsoft not only listens but makes the effort to bring it back. At the latest Build Conference, Microsoft announced a new Start Menu that looks like a hybrid of the best of Windows 7 and Windows 8. It’s around the same size as the Windows 7 menu, but also features miniature Live Tiles along one side. 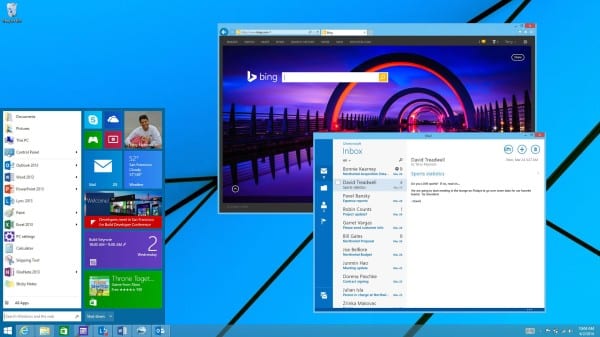 Not only that, Microsoft also introduced a feature that allows modern Windows 8 apps to run in the desktop environment inside their own windows, clearly indicating a return to Windows’ root.

There will be a major Windows 8.1 Update coming tomorrow but unfortunately you won’t be seeing any of these from this update. Instead, both of the features will come in the future update later this year.

What’s your take? Are you welcoming the return of the lost Start Menu?

Cloudup To Share Files Easily Online with A Simple Drag and...

OneSafeBox to Encrypt and Backup Your Cloud Data in Dropbox and...