Text To Speech Wav is a free handy utility that reads out and converts any text content you provide into a Wav file as well. The saved wav file can be played back in almost any media player later on through your computer. 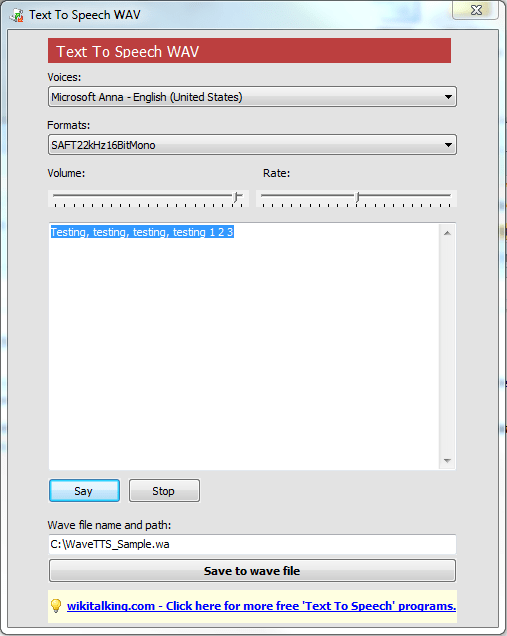 I also wish it has a few option additional voices to choose from. And a file import feature would be nice to have too.

Other than that, this program works fairly well, and can be handy sometime when a voice file is needed.

It’s also worth noting that Text to Speech Wav is a free but ad-support program. But I guess you won’t mind having an ad bar at the bottom of window that doesn’t really bug you during the speech.

If you happen to encounter the error message saying that

Run-time error ’339′: Component ‘WaveTTS.ocx’ or one of its dependencies not completely registered: a file is missing or is invalid.

Just download the WaveTTS.ocx library file from here, and install it on your computer. It should fix this issue by then. Thanks to Steve for commenting this out below.