Home Security Top 5 Free Encryption Tools To Protect Your Data Stored in the...

It’s cloud time, the time when you start thinking of moving your data to the cloud because it’s never been that cheap and it’s never been that easy. You can get gigs of data for free, and you can sync your data to the cloud simply by an easy drag and drop action, and you can get access to any of your cloud data on any devices you get your hands on, even a smartphone from your pocket. But what about the security? And what about the privacy? How is my data protected once they are in the cloud?

The truth of the fact is that you never know. Once the data is out of your hands to the cloud you lost control over it. The only way to protect yourself while still enjoying the awesome service is to encrypt your data before moving them to the cloud. But unfortunately, it’s not the option out of the box from pretty much all service providers at the moment. And that’s why you need to take a close look at these 6 great encryption tools if you are very concern about your data but still want to make use of the modern cloud computing.

Check out our full review of nCrypted Cloud.

Viivo, developed by PKWARE (the company who invented .ZIP back in 1986), is a free cloud file encryption service designed to make the encryption of data with ease. When I say “with ease,” I really mean it. If you know how to use Dropbox, you’ve already known how to use Viivo

It is by far one of the best encryption solutions on the market that also supports multiple platforms including most of the popular mobile operating systems. Data secured with Viivo can be shared and stored in all major clouds, including Dropbox, Box, Google Drive and Microsoft OneDrive. What’s more is that it also works with private clouds.

Check out our full review of Viivo here.

Unfortunately, Viivo has announced that they will be shutting down Viivo on July 1, 2017. Users of the free and commercial versions will have one year of support in which it is recommended that they move their data to a different service. They also mentioned that it’s possible to continue using their service after the shutdown but you won’t be able to register any new devices. Therefore, moving towards another solution is highly recommended.

Similar to Viivo, Sookasa is designed more for enterprise with even more robotic security features that can make the use of Dropbox that is HIPAA compliant. If you are in a big corporation considering taking the great advantage of cloud service like Dropbox, Sookasa is your choice to make the real use of Dropbox very secure with a strong encryption algorithm.

Sookasa encrypts all files using AES-256 encryption. On top of that, administrators can set key expiration times. Once the key is expired, the user won’t be able to access an encrypted file. All communications between the app and server are transferred over SSL layer to protect the data from being leaked to the Man standing in the middle.

What’s even better, Sookasa has a plan for personal security use, and it’s free. The downside is that same as Viivo, it only supports Dropbox at the moment.

Sookasa recently discontinued their personal free version. They only support $10 per user per month and Enterprise plans. However, they do support all platforms now, not only Dropbox but also OneDrive, Google Drive, Salesforce, even Slack.

BoxCryptor is a cryptographic virtual harddisk that encrypts all data on the fly using the AES-256 standard. Encrypted data is stored in an arbitrary directory of your choice. And that directory can be your Dropbox folder, OneDrive directory, or Google Drive folder.

You can assign a drive letter specifically for BoxCryptor so any files dropped on the drive will be encrypted automatically before syncing to the cloud. It’s truly an encrypt on the fly solution that works so well on my computer.

BoxCryptor works on a wide range of platforms, from Windows, Mac, Linux, to mobile devices like Android and iPhone/iPad. It supports all major cloud services on both desktop and mobile platforms. 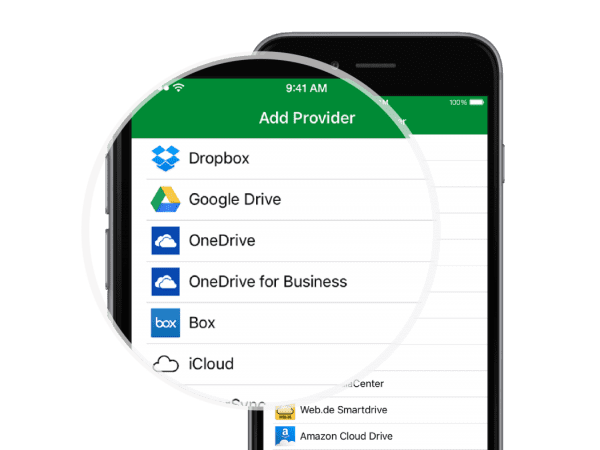 You can also check out our detailed review here.

Cloudfogger is another encryption solution that can be used as a solution to encrypt your data before copying to the cloud. It works the same way as the other two tools I mentioned above. You can assign a drive letter with the tool and start enjoying the drag drop on-the-fly encryption, or you can manually use the integrated context menu to encrypt/decrypt the files you will use for other purposes than storing on the cloud.

Cloudfogger only works on Windows and Android, while the iOS version is coming soon.

You can check our review here.

Unfortunately, Cloudfogger just closed their operation…sad to see them go.

I like all three of them because they meet my requirement of securing my data while still very easy to enjoy the modern cloud computing. I might prefer BoxCryptor a bit more over the other two because it supports a wider range of platforms I encounter on daily basis.

It’s also worth nothing that adding encryption to your data to the cloud decreases the user experience quite dramatically. I believe that’s probably one of the reasons none of the providers are doing it. Because of this, I recommend that try not to use encryption extensively on everything unless it’s necessary, e.g. the data you stored to the cloud are extremely critical and sensitive.