Git is one of the most popular version control systems for tracking file changes. It’s popularity picked up around 2010 as GitHub becomes the most popular open source repositories hosts. Here are some of the top 5 Git GUI Clients if you are on the market looking for a visualization of graph commit history instead of using git purely from the command interface. Don’t get me wrong. There is nothing wrong with the git command interface and power users tend to fall for git command line over any GUI clients. That said, there is definitely a need and use for the GUI clients, so here are the top Git clients. 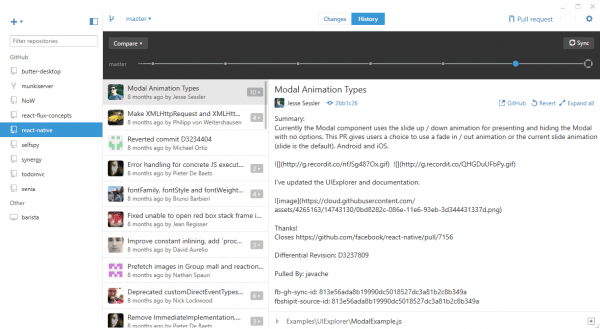 Github offers Windows and Mac native clients which are great. If you use Github for your personal or work git projects (whether paid or free accounts, aka private or public repo), this is a great tool to manage all your git repository. It is possible to also use Github client to manage local git repo. However, if you want to migrate local git repo to a private git server, then Github client is not an ideal place for this task. 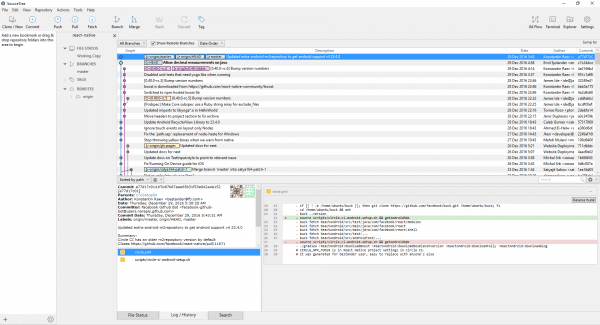 When SourceTree first came out, I argued that it was the best Git client. Now I’m not too sure if that still holds true. I will leave you to judge among all other Git clients from this list. One distinct advantage with SourceTree by Atlassian is its deep integration with its maker’s other software suite. SourceTree has native support for Git repo hosted on both Github and Bitbucket. The later being another Atlassian’s platform for git repo hosting, it sure has advantages if you are buying into all the Atlassian’s other software such as Jira, Bamboo, Confluence etc. 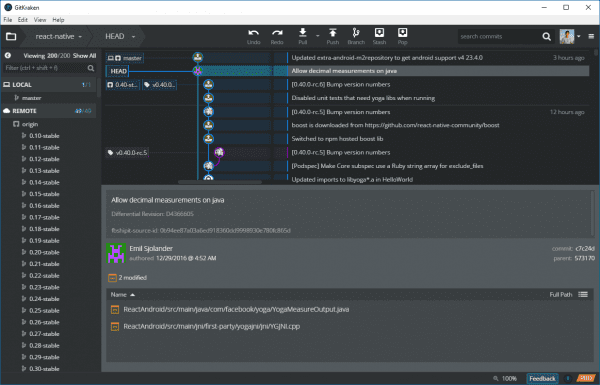 GitKraken is a true cross-platform Git GUI client that includes support for Linux, Windows, and Mac. If you are looking for a client that’s across all three platforms, look no further. I’ve used GitKraken briefly in Linux mainly because of lack of decent Linux git client. My experience has been somewhat mixed.

Yes, it has a great UI, the graphic commit history with branches are easy to look at and traceable. The only issue I had was its performance, somewhat sluggish on a mid-sized git repo. 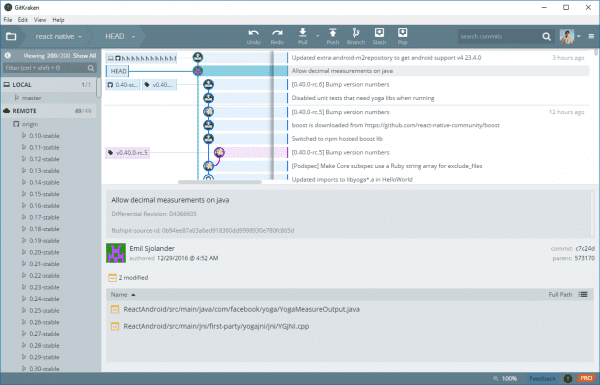 If you don’t like the GitKarken theme, it also offers a light mode, which might be a welcome news for some of the developers out there. 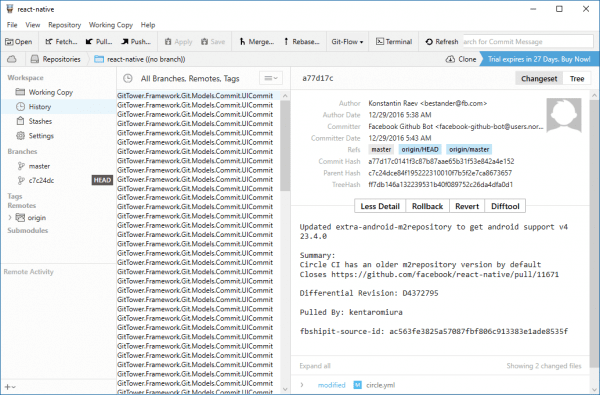 As the only paid app featured in this list, Tower supports both Mac and Windows. Probably because it’s a paid app, it offers some of the best hands-on tutorials on some of the tricks this app offers. From the look, the Mac version is superior compared to it’s Windows counterpart. If you are someone that’s going to spend significant time in Mac environment and is willing to pay for the software, then this is a safe choice.

TortoiseGit is old school, if you are someone that’s used to SVN and have been using Tortoise software for a long time, you will love TortoiseGit. It doesn’t have a true GUI client per se, rather just like SVN, TortoiseGit is something embedded into Window’s Explorer’s right-click context menu. To perform any git operations with TortoiseGit, you need to go to find where the file is located in Windows Explorer. Right-click the root folder or anywhere inside a git project directory to perform git operations. 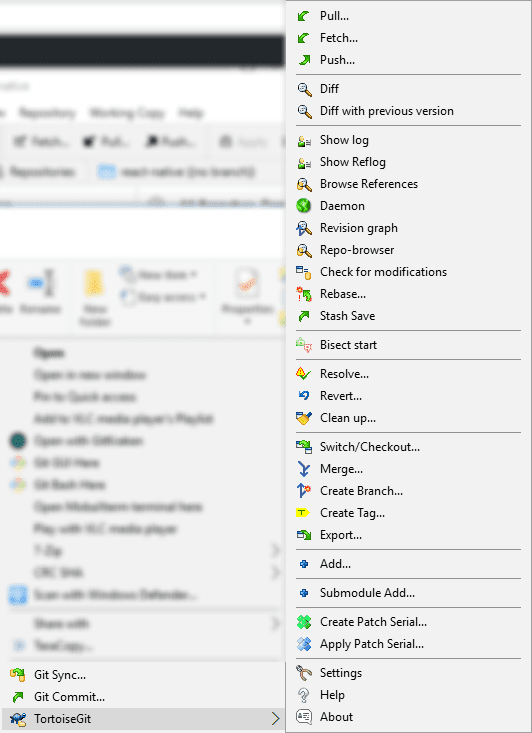 There you have it, top 5 Git clients that you can try if you are looking for a Git GUI Client. Let us know what your favor is or if you have an alternative to the list above.