The setup on the client side is pretty easy. All you need to do is to make sure the Type of VPN in VPN Properties is set to IKEv2. 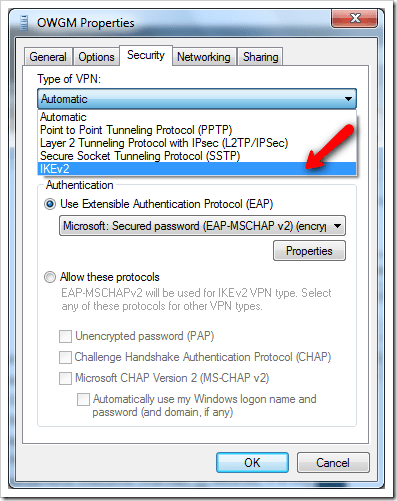 But it seems to need a lot of steps to configure it properly on the server side. To see in detail, Microsoft has published a step-by-step guide about Deploying Remote Access with VPN Reconnect for you.

Because it uses IKEv2 technology that is only available in Windows Server 2008 R2, you will need the VPN server set up on Server 2008 R2 as well. Those who are still using the previous version of Windows server may not be able to benefit from this neat feature. However, check out this open source tool VPN Monitor that monitors VPN connection and reconnect if specified hosts are unavailable. It works on Windows 7 in both 32-bit and 64-bit.