Home News What is Windows Blue?

For Starters, Windows Blue is still a rumor that hasn’t been confirmed by the Redmond Giant. It’s been largely considered as next version of Windows, which is why it’s been drawing large attentions despite the fact that the highly anticipated Windows 8 has only been on the market for 4 months. But more realistically, it could be just equivalent to a version of service pack. In this case, it could be as simple as a Windows 8 Service Pack 1. At least at this very moment, Windows Blue is just the codename of something Microsoft has been secretly working on, and that could be changed during the release, like Metro UI being renamed to Modern UI just a couple of weeks before the release. 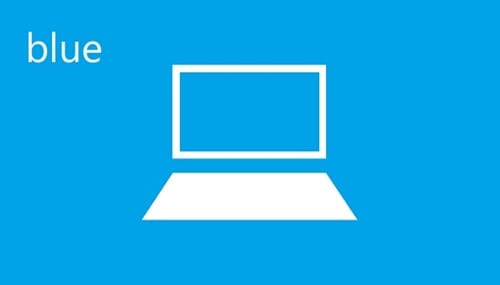 According to Win8China, the main source of the rumor, Windows Blue has just pasted the Millstone 1 stage, and is currently in the Milestone Preview (MP) stage, with the kernel version updated to 6.3. The final version of MP will probably be released to public for developers and early adopters in a few months, more likely in the coming Summer 2013.

The RTM version will be finished up around June or July. MSDN or Technet Plus subscribers will be able to download and use it by then. It will open to public in August for existing Windows 8 users to download, and will be preloaded to new Windows 8 devices.

The rumor also hints that the Windows Blue will be offered for free to all existing Windows 8 users.

It’s still too early to disclose any of the new features this new Blue will offer. But one thing that seems to be quite confirmative is that you won’t be seeing a Start Button along with the Start Menu in the Blue and any future Windows releases. Feel sorry for all the Start button lovers, me included. But since there are so many good alternatives available out there, this is something we should be worried too much down the road.

Is Windows Blue a big deal? Could be, if it’s the first service pack for Window 8 that fixes a lot of issues remaining in the system while providing a number of new features including a lot of good useful apps. Otherwise, I would be disappointed if this would be a new operating system version to replace Windows 8. Unless Microsoft has figured out a way to put Windows Blue as a killer operating system that would make Windows Phone and Windows Tablet superior to its main competitors.