Home Security What To Do with This 18-Year-Old Still Unpatched Vulnerability in All Windows...

One attack that floated out of the surface a few days ago on April 13, 2015 is called Redirect to SMB, a new technique for stealing login credentials from any devices that runs on any versions of Windows, including the previews of yet-to-be-released Windows 10 operating systems.

Why it’s a 18-year-old vulnerability?

Well, that’s because the attack is built on a vulnerability discovered in 1997 that supplying URLs beginning with the word “file” to Internet Explorer would cause the operating system to attempt to authenticate with a SMB server at the address 1.1.1.1.

The attack is called Redirect to SMB because it stands in the middle of the communication between victims and legitimate web servers redirecting the requests to the malicious SMB servers to obtain victims authentication information without authorization.

Here is how it works in 4 steps: 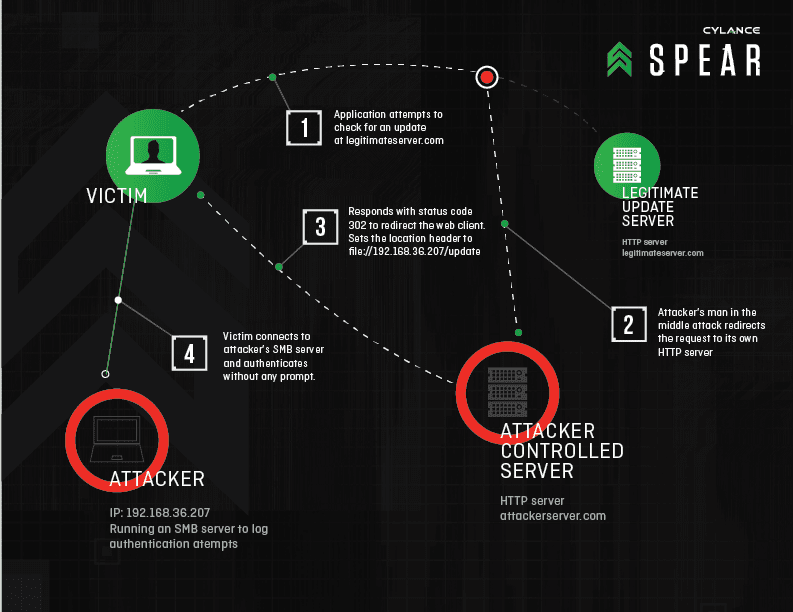 Most likely, Redirect to SMB is to be used in targeted attacks by advanced attacker because they must have control over some component of a victim’s network traffic.

Also note that even though the passwords over SMB are encrypted they are encrypted in a less advanced encryption method that is considered week in today’s standard.

What versions of Windows are affected?

Unfortunately, all of them. On top of that, some of Microsoft applications are also vulnerable, including IE, Windows Media Player, Excel 2010, and Microsoft Baseline Security Analyzer.

What 3rd party applications are affected?

A lot, including many security software.

Has it been patched?

What to do to protect when not patched?

If you are behind a firewall, you can block outbound traffic from TCP 139 and 445 on the firewall.

But if you aren’t, or you are using a laptop in a public WiFi, make sure block the same TCP ports in Windows Firewall.