A global ransomware campaign, called WannaCry, has now infected over 10,000 organizations and 200,000 individuals in over 150 countries, including the UK National Health System which saw ambulances divert from affected hospitals. After a killer switch was activated by a security research simply registering a domain that stopped the original ransomware, new variants of the WannaCry started emerging. 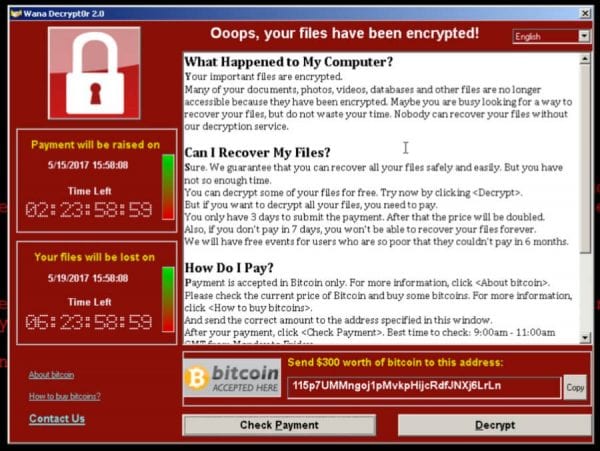 The ransomware was developed to exploit the vulnerability in SMB used in a Windows-based network environment. Because of that, Linux, Mac OS are not affected by this widely spread ransomware. Windows 10 Creators Update computers are also not affected by WannaCry since the operating system already has this vulnerability patched up out of the box.

So, how to protect yourself from WannaCry Ransomware

1. Install the patch that Microsoft has released back in March to block the specific exploit that WannaCry is using. See more details below.

3. If you don’t have any anti-virus software installed, you should consider install or enable Windows Defender (Security Essentials) which is free.

4. Backup, backup and backup. One of the fundamental defense against ransomware is the ability to reliably restore from backup.

What patch do I need for my machine?

The patch was released in March, namely Microsoft Security Bulletin MS17-010, which addresses the vulnerability that these attacks are exploiting. Basically, you can get your computer patched up through either Windows Update or install manually through Microsoft Update Catalog. Microsoft also made an exception and released security patches for their legacy operating systems such as Windows XP, Vista, and Windows Server 2003. You can find all individual patches and download them from Microsoft Update Catalog website.

If you have Windows Update set up to install updates automatically, your computer is most likely already patched up. But how do I now if that’s the case?

You can go to “View update history” in Windows Update in Control Panel to find out. Here are the list of KB numbers for this patch on various Windows systems.

What if I can’t patch my computer at the moment?

Well, you should consider disabling the vulnerable SMBv1 on all unpatched computers. 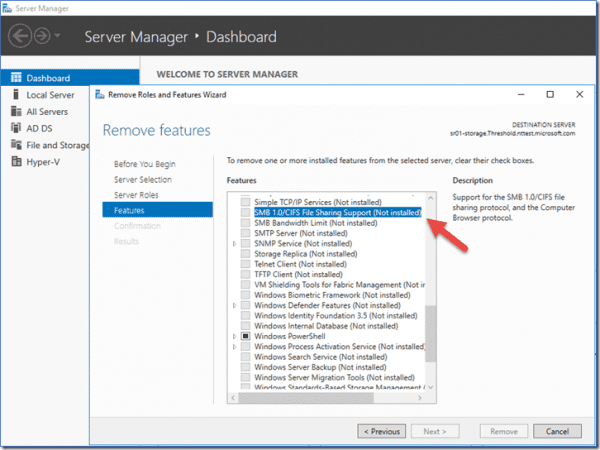 To remove SMBv1 from Windows 8.1 and Windows 10 computers

Open Control Panel and Turn Windows features on or off, and turn off SMB 1.0/CIFS File Sharing Support from the list. 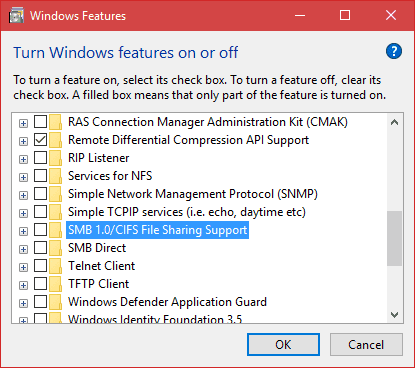 Lastly, for further reading, Microsoft has released customer guidance for the WannaCry attacks and Troy Hunt has done an excellent detailed write-up on the WannaCry ransomware.