I had a bunch of disks that need to be wiped out and recycled. So I thought why not tearing apart some of them and see what looks like the inside of a hard drive that can host so much data on it. And here is what I did. I have to admit that I had so much fun that I had to share them. 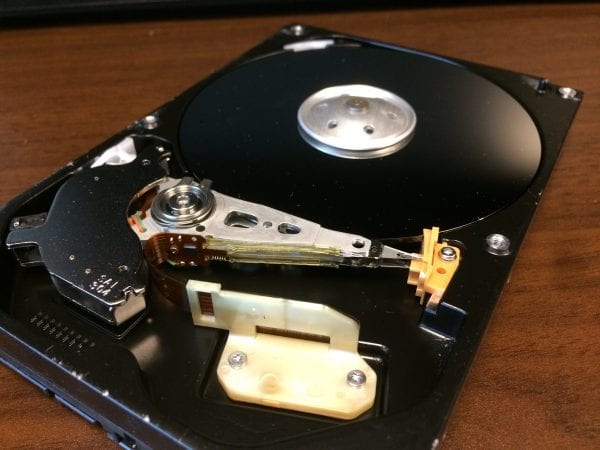 Now, let’s take a look a Seagate 3.5″ 1TB HDD inside. There are two disk plates instead of one and two pairs of reading heads as well. 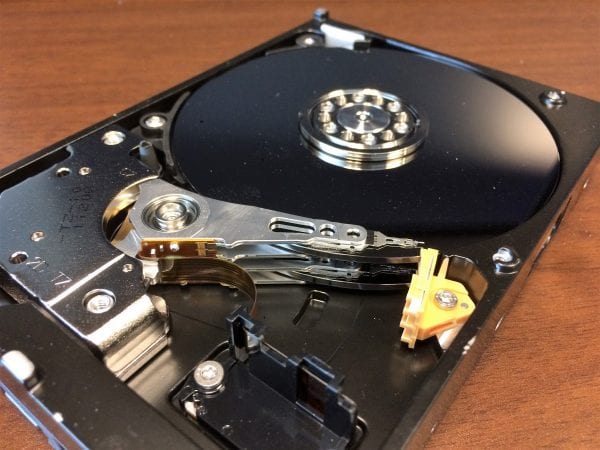 And here is a WD 3.5″ 3TB one with three disk plates and three pairs of reading heads. 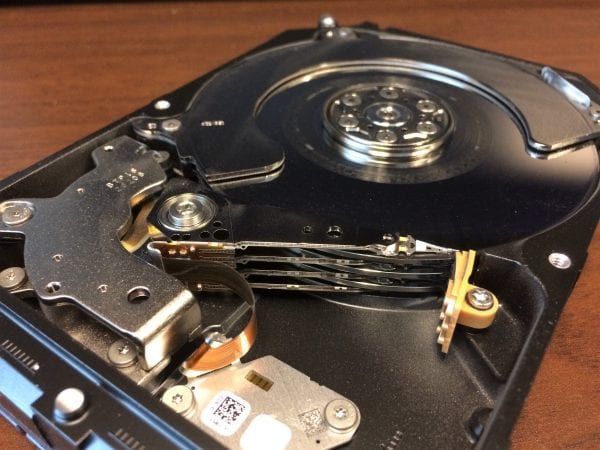 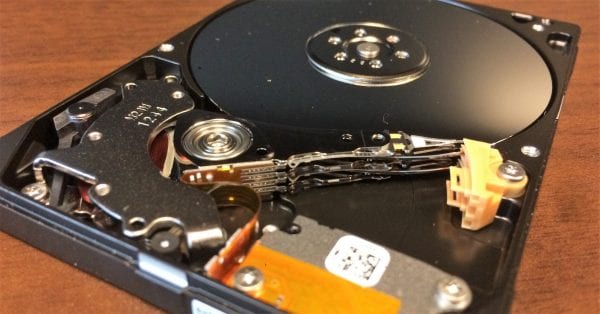 Take a closer look at the reading heads and the disk plate. 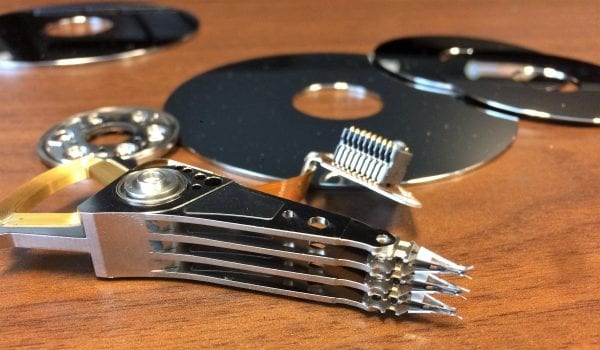 I have to say that the plates are so shining that I am actually collecting them now hoping to build a wall of them one day.

These are the regular consumer type of SATA drives I tore apart. I may post later when I have a chance to take apart an SSD drive and see what’s inside.