Home Tips & Tricks Where is Compatibility View in IE 11, And How To Use It?

The Compatibility View button, introduced first in IE 8, is a button in address bar that when pressed, can quickly turn a IE 8 or later incompatible site work properly in a later version of IE. It’s useful to those who haven’t had time making their site modern IE user friendly but unfortunately it’s disappeared in IE11.

It’s go, and you won’t see it existed in IE’s address bar anymore.

According to this Microsoft Technet document,

And here is what you can do, if you still want it

While a site is up, click on the Gear icon at the top right corner of your IE window and choose Compatibility View settings. 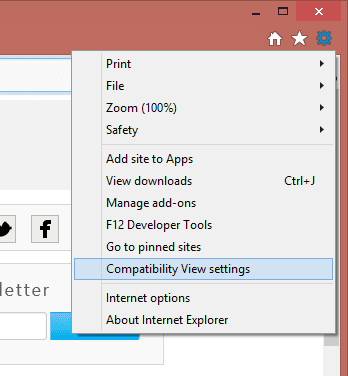 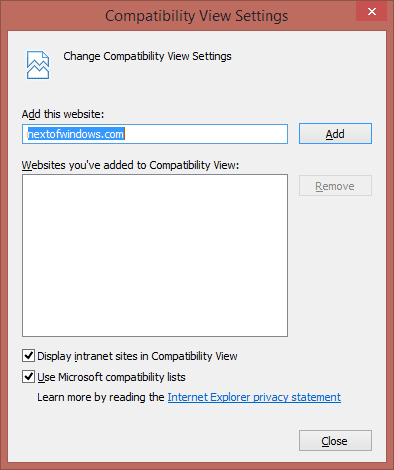 I have to admit that it’s cumbersome to use but unfortunately that’s the only way that turns a site in compatibility view in IE 11.

How To Upscale Small Picture with High Quality on Windows

ColorConsole is A Colorful Version of Dos Prompt Window Console

How To Use Windows Memory Diagnostic Tool to Find Out Defective...