Microsoft released Windows 10 Insider Preview Build 14965 for both Mobile and PC to Windows Insiders in the Fast ring today. Since anything released after Build 14800 is considered as Creators Update, what’s new you see in this new build will likely be available in the final release.

Here are the new improvements in Build 14965:

The idea of having a virtual touchpad available on screen is to let you control the second screen from the tablet a little bit easier. It virtually works the same way as the physical touchpad, including the multi-finger gestures that you should remember.

To enable it, right-click the Taskbar and check the “Show touchpad button” option. A touchpad icon will now show up in the notification area. 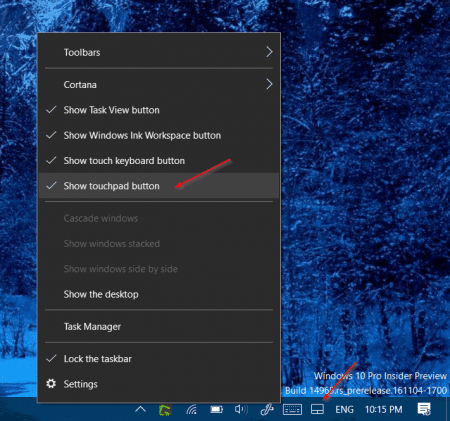 Tapping on the touchpad icon brings up the virtual touchpad at the bottom right corner of the screen with two virtual buttons. While it’s open, go to Settings → Devices → Touchpad and tweak the touchpad settings there to your preferences. 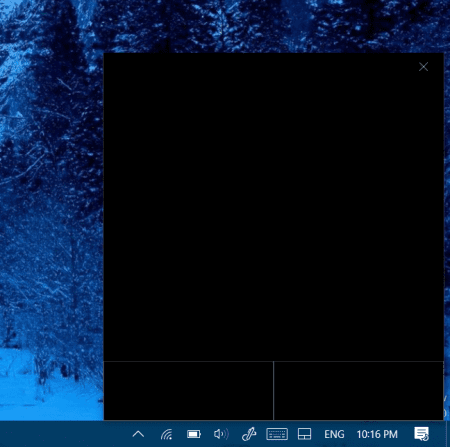 There are also some other bug fixes, performance improvements, as well as a whole lot of UI/UX polishing done in this build.

The Address Bar in Registry Editor

Two new features are added to the new Address Bar in Registry Editor:

Also, check out this post if the upgrade failed for some reason.

How To Copy Text That Cannot Be Copied in Windows