To better protect your valuable data from malicious apps and threats like Ransomware, Microsoft introduces a new feature called Controlled folder access in the recent Windows 10 Falls Creators Update. When enabled, it monitors the changes that apps make to the files in certain protected folders and sends you a notification when a blacklisted app is trying to make a change to these files. 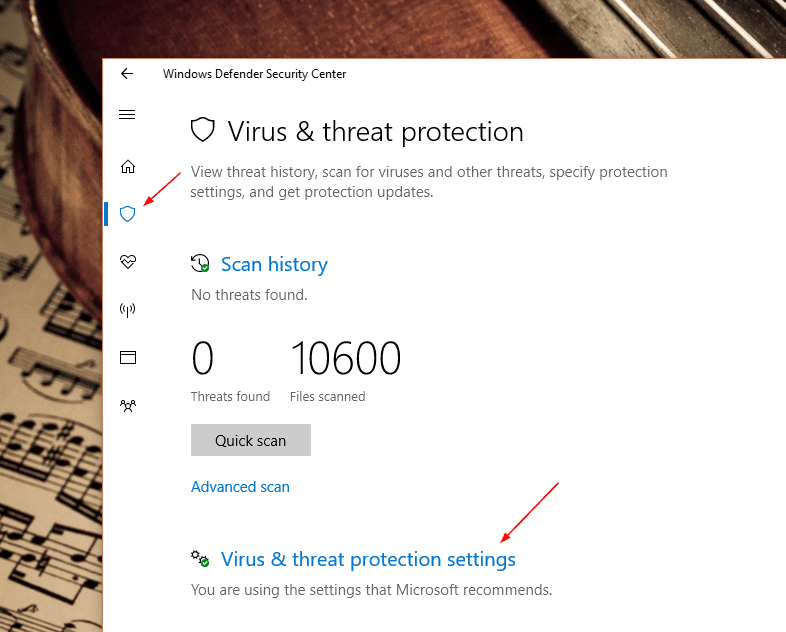 Scroll down a little bit until finding the section called Controlled folder access and set the switch to On. 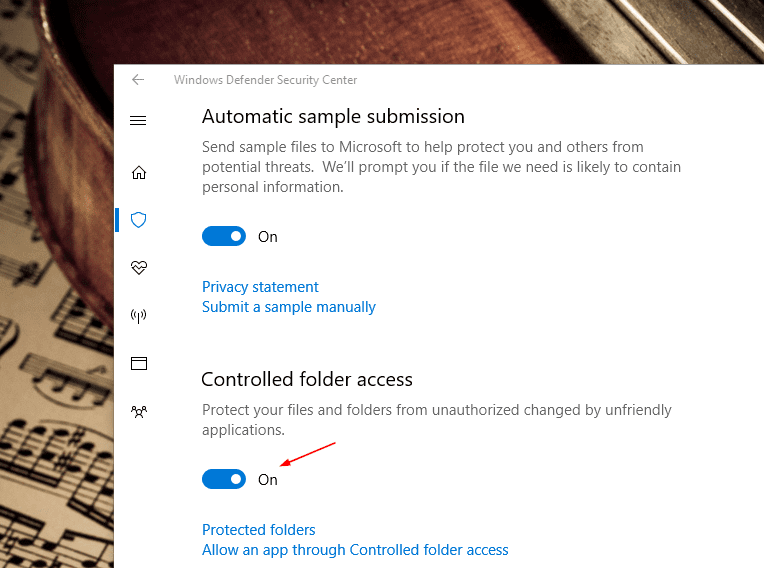 By default, the following folders are already being protected once the feature is turned on:

If you have data saved in the folders that are not in the default protected list, you can add them by clicking Protected folders link and add them to the protected list in the next window. You can also enter network shares and mapped drives as well.

Note that if you have changed the default location of these folders you will need to add them to the Protected folders manually. 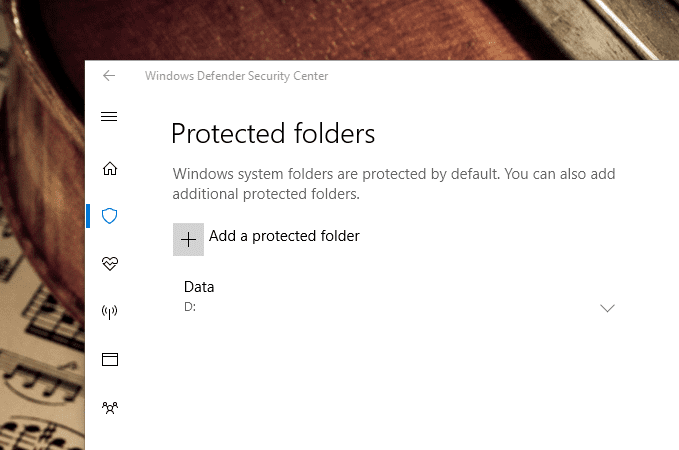 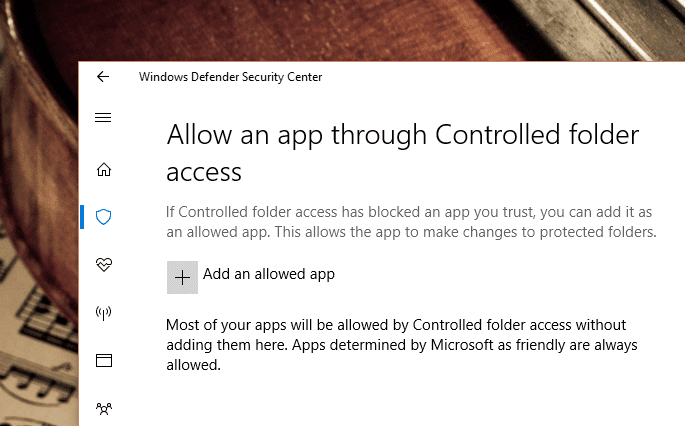 With the ransomware getting so crazy lately, this controlled folder access feature Microsoft has put it out in motion is a very useful and welcomed feature that could save a lot of people’s data down the road.

Controlled folder access is a new feature that first appeared in Windows 10 Build 16232 for Windows Insiders and later made the official debut in Windows Fall Creators Update. Microsoft also has named the section straight for “Ransomware Protection” in Windows 10 version 1803 and late releases. 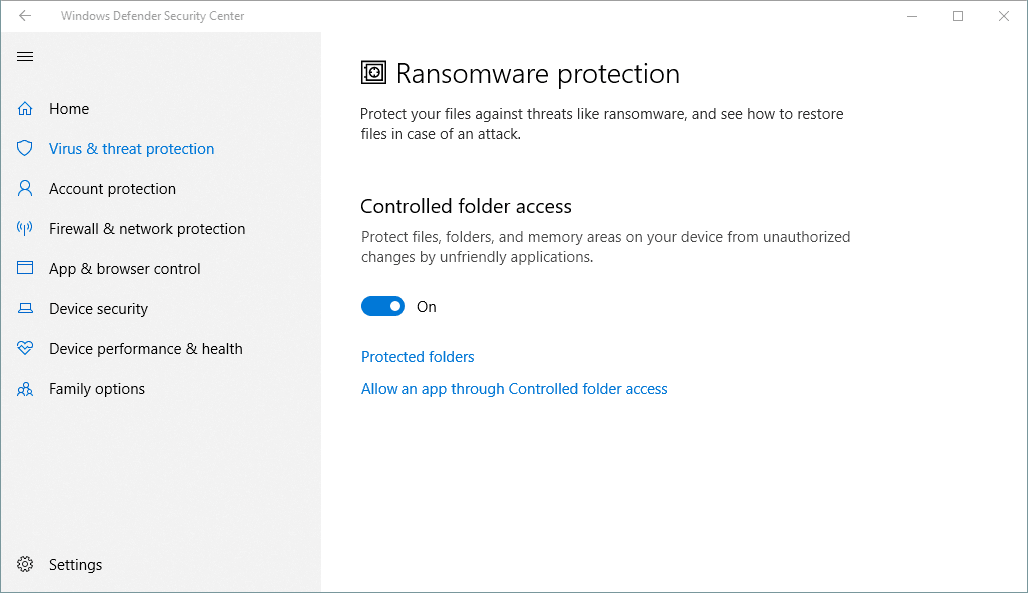