Every time you update your Windows 10 to a new build or feature pack or major release, Windows automatically backs up the current version so you can roll back if things don’t go well as planned. This is a very nice feature but if you are a Windows insider who constantly updates your system the latest build released to the fast ring the disk could be filled up pretty quick.

Normally, it takes quite a few steps in order to delete previous versions of Windows but it gets a lot easier now as Microsoft added a new feature in Windows 10 build 16226 that lets you do it right from Settings app.

Open Settings app, go to System > Storage and click “Change how we free up space” link under Storage sense section. 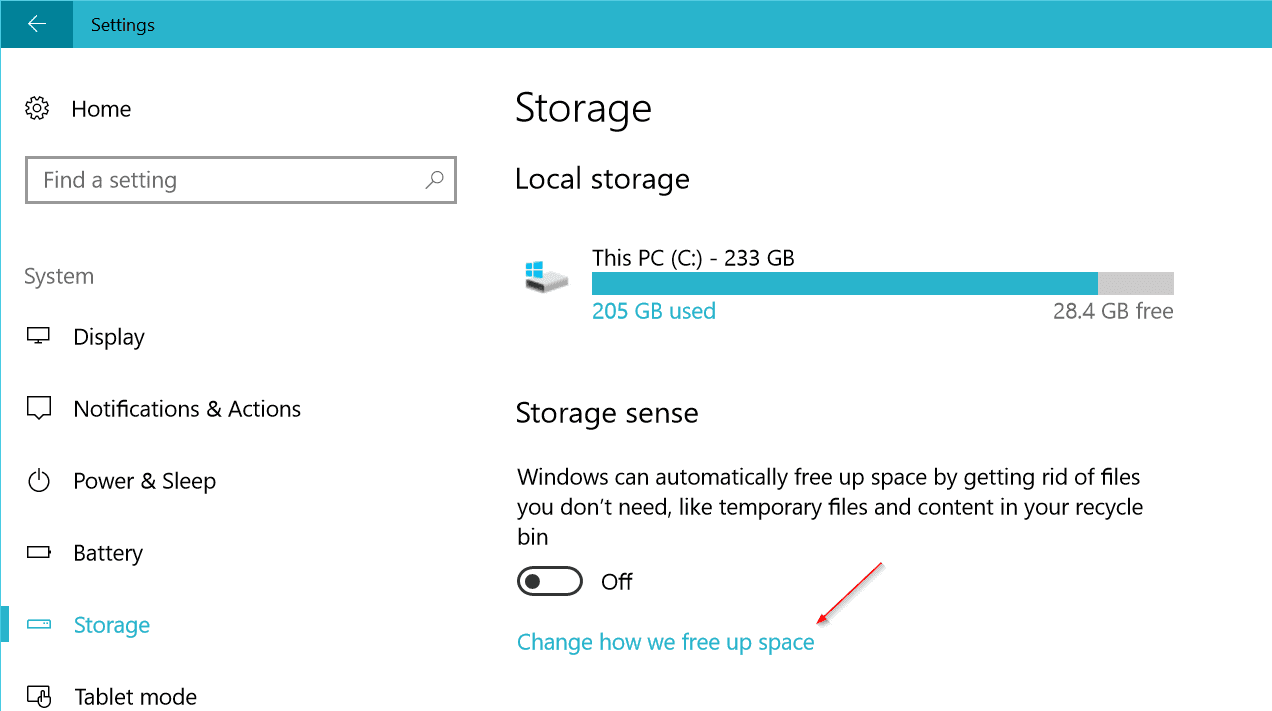 Now, check the option “Delete previous versions of Windows” close to the bottom of the window, and click Clean now button. 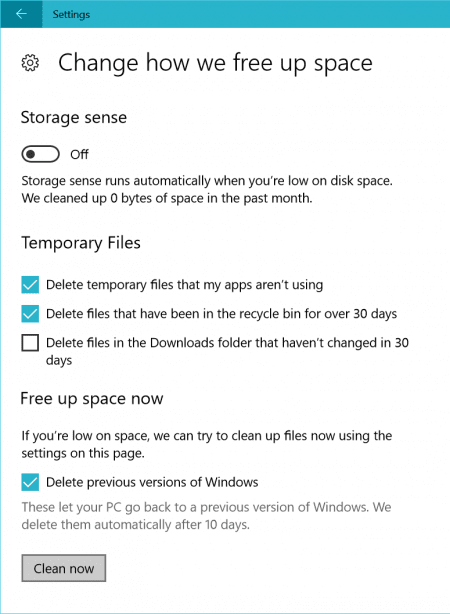 Depend on how many versions have been saved, it may take a few minutes to finish the clean-up. Once done, you will see how much space has been freed up during this process.

The feature is only available in Windows 10 build 16226 and later for Windows Insider only. Since it’s a welcome new feature, it should be included in the final Windows 10 Fall Creators Update.