Put all fancy new features aside, Microsoft also did a good job that makes SSD’s life a lot easier, healthier, and longer. Windows 7 is the first Windows version that recognizes SSD drives, therefore, optimizes itself to work better with them. Windows 8 inherited these features and were moving forward with more enhanced features. Now it’s Windows 10’s turn to bring in more improvements designated only for SSDs.

A Trim command is initialized to allow the operating system to inform an SSD which blocks of data are no longer considered in use and can be wiped out for writing the data. It’s an important feature that helps SSD manage space that contains data that has been deleted by the operating system. Trim has been available since Windows 7 but back then was pretty much invisible to the end-user.

In Windows 10, Trim has surfaced in the Tools menu in Drive properties in a feature called Optimize. 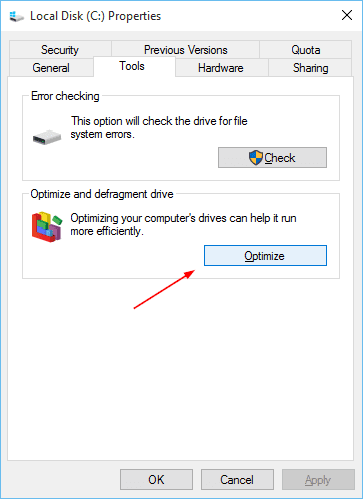 Clicking on Optimize button takes you to Optimize Drives app that allows you to execute Trim on a predefined schedule or run it manually. 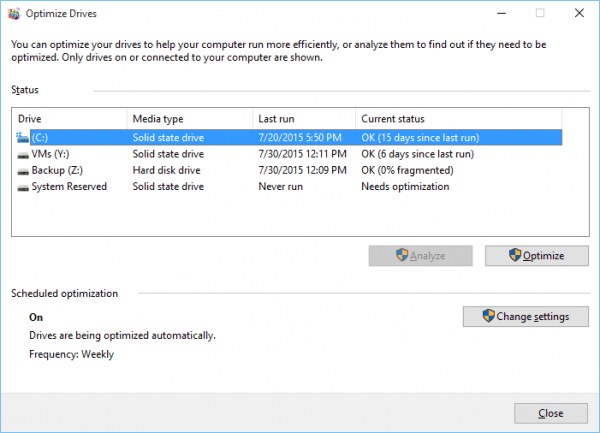 Manually running an Optimize to a drive could be very useful sometimes. For example, you’ve just deleted a large chunk of data from the drive. Running Optimize can immediately reclaim that space back and improve the SSD performance. It’s especially useful on drives that are nearly full.

By default, the disk optimization is scheduled to run on a weekly basis but you can change it by clicking Change settings button in Optimize Drives window. The scheduled job is part of the jobs in Task Scheduler app. 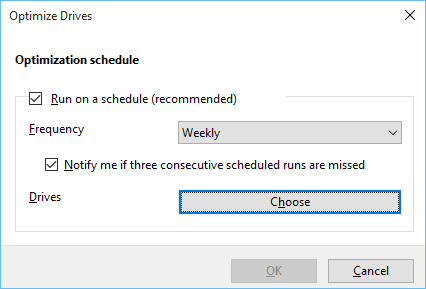 Defragment for SSD is completely removed

Generally speaking, defrags should not be run on SSDs. Even though Windows 7 or 8.1 is smart enough not include SSDs in the scheduled defragment, it’s safe or probably best to just disable any regular defrags just to be sure.

Now rest assured in Windows 10 since defrags for SSDs is completed removed out of the map. Nothing to worry about this matter anymore.

BitLocker in Windows 7 is a software-based encryption solution that may result in a significant performance loss. But since Windows 8, Microsoft introduced a feature called Encrypted Hard Drive that offloads the encryption process to the hardware level. And Windows 10 carries over this feature and works best on those SSDs that are self-encrypting ready to provide full disk encryption protection without compromising performance.

In short, you will be enjoying all the great features that come with Windows 10 without concerns about your SSDs anymore. Windows 10 has taken good care of them for you out of the box.