Occasionally, to avoid a process of a logoff and login to refresh some settings you just put in place, you can simply restart the Windows Explorer process, usually from the Task Manager. But there is a hidden way that can quickly kill the Explorer without ending it from the processes list in Task Manager.

In Windows 7, you can click Start button, hold down Ctrl & Shift key, and right-click in the empty space in Start Menu, and find the hidden Exit Explorer option there (Figure 1).

But since there is no Start Menu in Windows 8, the hidden Exit Explorer has been moved to the Taskbar instead. Simply hold down Ctrl & Shift key and right-click the blank space in Taskbar, and you will find it there (Figure 2).

What it does is to kill the Explorer process that powers Desktop, and Metro in Windows 8. Once killed, you won’t be able to go back to Start Screen or any of the Modern App you previously launched.

However, you still need Task Manager to re-launch it. Press Ctrl+Shift+ESC to open the Task Manager, and go to File, Run New Tasks, type in Explorer, and press Enter (Figure 3).

The trick also works on Taskbar in Windows 10 as well but not in the new Start Menu. 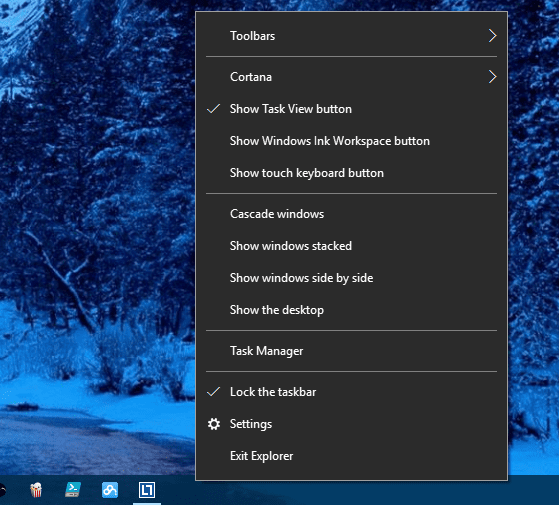