Home How to Windows 8.1 Tablets How To Take Screenshots and Sharing It Without Keyboard

Over the holiday season if you happen to receive a lucky Windows Tablet, you might wonder how to take screenshots on this new toy. After all, even though it looks like a PC, operating like a PC, it lacks an important hardware from a PC – keyboard.

If your Tablet is a Microsoft Surface, then it’s easy to take screenshots without a keyboard. There are existing shortcuts build-in: just press the Windows (on the physical device) + Volume Down button. The same combination might work on some earlier tablets from other OEM, but if the on-board shortcut doesn’t work for your Windows Tablet (ex. HP Stream 7), then here are a few different ways to take screenshots and sharing them.

You can leverage the Windows 8.1 Sharing feature from the right-side, Charms bar. Many third-party Windows 8 apps supports this feature. Below is an example of Microsoft’s own OneNote screenshots sharing. To make this work, you must first launch the OneNote app at least once to finish the initial setup and configuration. Otherwise you will keep getting notifications on “Something went wrong” … 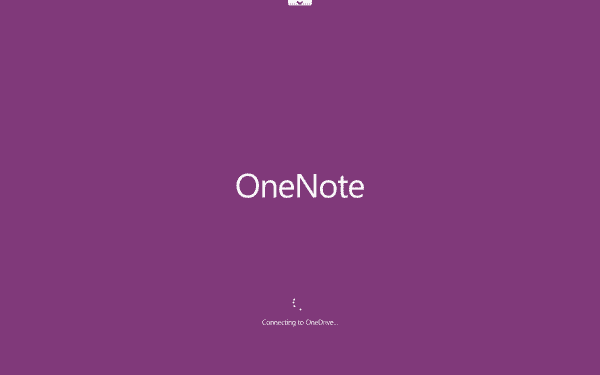 Once OneNote is configured, you can now Swipe from the right edge of the device to bring up the Charms bar > Share > Desktop, pick OneNote. This will bring up the OneNote Windows 8 app on the side, from there you can choose additional Notebooks to save the screenshots to. 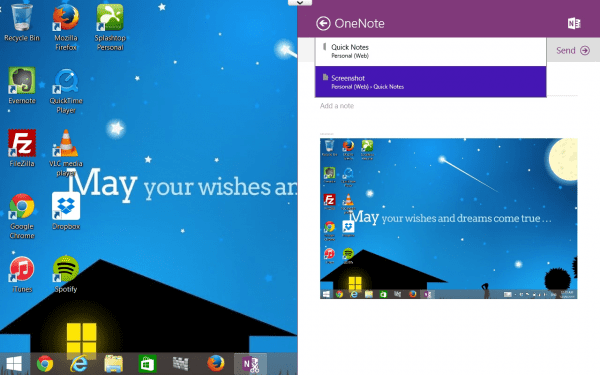 OneNote is just one example of this third-party integration on sharing screenshots. There are many apps out there; for example, Dropbox, Facebook, Mail client, Twitter, Evernote Touch etc … Choose the one that works for you. 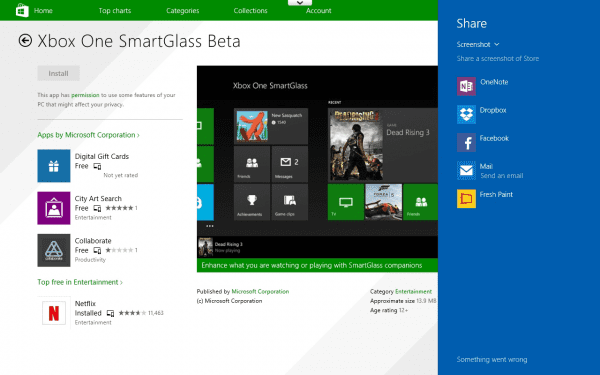 Another way to take screenshots is remotely mirroring your Windows Tablet to another device and use the host device to capture a screenshot. This is how I was able to capture the screenshot part of the on device integration through sharing in the earlier method. 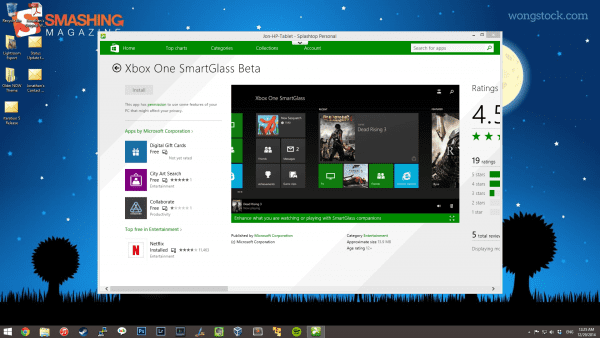 To do this you will need to download the Splashtop Streamer on the Windows Tablet, and download and install Splashtop Client on the host machine. One of the advantages of using this over Windows build-in remote desktop is this allows mirroring, whereas Remote Desktop Connection will log-out from the Windows Tablet once connection is established.